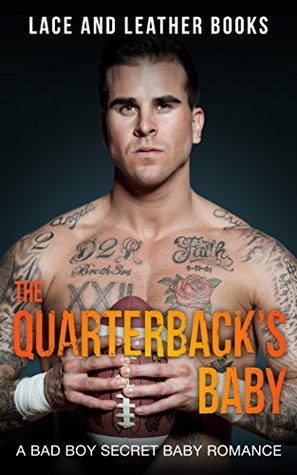 Bruh, >°< I had to laugh like really? I’m so disappointed because this book was to short. I can’t even rate this book a 3 just because it was short. Why? Because the story was actually interesting.

Alisa is a quiet quirky bookworm; the quintessential campus nerd. She spends so much time studying she never has any time to date and she’s okay with that…

That is until someone forces her to rethink her priorities when she least expects it.

Ron the star quarterback of the football team is practically a celebrity on campus. He’s arrogant, sexy and he has an insatiable appetite for women. He takes pride in knowing he can have any woman he chooses whenever and however he wants. He has no plans of settling down any time soon…or ever!

Until he meets Alisa.

When the bad boy and the good girl’s worlds collide sparks fly that change both of their lives forever. Will Ron be man enough to leave his playboy ways behind to step up and claim the woman who stole his heart and his baby?

The Quarterback’s Baby is a stand alone college football romance with a HEA and no cliff hanger. Includes several bonus stories!

Due to explicit content this story is intended for mature audiences.