Bruh they💀 messed up when they let Rah live. And it’s funny too how Nard and his people think they did something. When CJ killed himself they didn’t pull no trigger CJ went out like a G, and he protected his best friend. I cannot wait until RAHEEM do justice to Nard and his people. I still think Nard brother is the one who’s going to get killed first. I cannot wait too. Hopefully, Kaneisha doesn’t get killed if she can help Rah get to Nard that’ll make my day. Her dad can get it too since he is one of the reasons why Rah was kidnapped and CJ being killed.

Wow, this ending, had me disappointed. Like really? But man I am glad Nard got what he deserved. He went out like a punk in my opinion. Because he didn’t save his man’s like CJ did for Rah, or murder himself. But when Kenisha I wanted her to live but then she gave up her son for Nard like girl ain’t that much love in the world could make me give up my child for no dude. Plus, that heifer Rah trusted I don’t like her, at all she set him up, I knew the ending wasn’t going to be good for them. Plus, what Nard and his people did to Legend, had me tight I liked that boy, him a Premo. Also, the only thing I dislike was when they killed that little five-year-old boy. 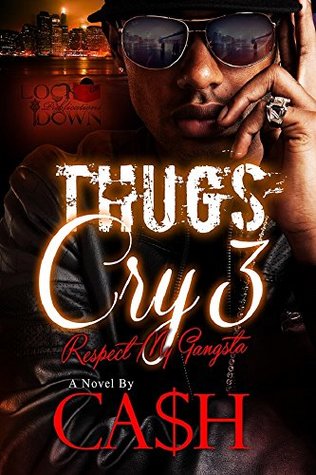 Money, power, respect and the battle for one woman’s love pitted two notorious drug dealers against each other in a bloody battle that left behind many casualties.
Young NARD has finally brought down CJ, Newark, New Jersey’s most powerful and most dynamic crack King. But the baby-faced drug kingpin has made one monumental mistake—he left RAHEEM dying, but with an ounce of life still in him.
If Rah survives, there’s going to be a war in the streets unlike anything the decrepit city has ever witnessed, as he seeks to avenge the death of a friend whom he loved like a brother.
Both men are thinkers, and they both have murderous goons at their disposal. But only one side can be victorious.
Which side will it be? Will Nard’s ego remain in check as his stature explodes to astronomical heights in the hood? If Raheem lives, will he prove that his gangsta is as cold as his mind is sharp? Nothing is for certain but death. But who’s death will it be? This time when THUGS CRY, they’ll cry more than tears—they’ll cry blood. Lots of it!