“Man, I want to know what happened to Talon. I swear I think he had gotten abused by whomever those people that taken him and almost taken his older brother and younger brother. Also, I think he maybe has gotten raped by both male and female or maybe just male. That’s why he’s so troubled and don’t want to talk about it. I cannot find out at the end!”

I figured that Talon gotten raped by those men and I couldn’t blame him for pushing Jade away. Because of what happened to him when he was 10 years old. It messed him up for life, and it still hurts him at the age thirty-seven or whatever age he is. Certain things someone goes through it’s hard for them to find love and peace, especially in situations when they have someone new that care and it can be hard for them to talk about.

With this book craving, Talon and Jade had more sex than they did talking. I was getting frustrated with this crap because I wanted to know his story and what lead him to get taken by those men. I do wonder if it was because of his father or mom or just both had something to do with it. I mean his mother killed herself, he knows why she killed herself. I hope it tells his story and why his mother killed herself at the end. I mean most books are like movies showing things at the end, whereas the movies the help comes at the end smh.

Btw: Jade stating this Nico Kastos rubs her the wrong way, I’m here like “I think Nico is one of the men that raped Talon when he was just a kid in elementary school. Tah! And somewhere in this book Talon and Nico will cross paths.

P.S. and you know what I am disappointed by how this book ended ugh now I gotta her book 2 for me to see what happened next and see if Talon and or his brothers will tell Jade and their sister Marji who’s name is actually Angelia. What happened to Talon and why her name is Angelia and about the rest of the family history and behind the stuff the brothers are trying to hide ugh! Ugh, I’m disappointed.

I’m disappointed, but the dang flipping book was still good though ugh! 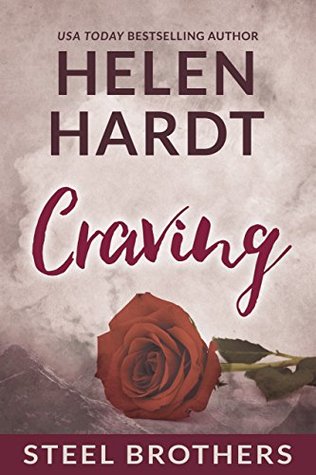 After being left at the altar, Jade Roberts seeks solace at her best friend’s ranch on the Colorado western slope. Her humiliation still ripe, she doesn’t expect to be attracted to her friend’s reticent brother, but when the gorgeous cowboy kisses her, all bets are off.

Talon Steel is broken. Having never fully healed from a horrific childhood trauma, he simply exists, taking from women what is offered and giving nothing in return…until Jade Roberts catapults into his life. She is beautiful, sweet, and giving, and his desire for her becomes a craving he fears he’ll never be able to satisfy.

Passion sizzles between the two lovers…but long-buried secrets haunt them both and may eventually tear them apart.