Currently reading 📖 📱……. another series I enjoyed…

Definitely had to go through a lot of layers.

I will say I’m giving this book a 3 star ⭐️⭐️⭐️ because one, Veronica was very annoying and always whining about her weight and her insecurities about herself. I clearly understand what she’s feeling but seriously through the entire book? Like sheesh! To top it off her own best friend didn’t have boobies or was thicker as she. She was never insecure at all. A lot of times those who are thicker think women/girls who are slimmer than them doesn’t have insecurities, but they do. I felt like Micah cared about Veronica he didn’t see anything wrong with her, but in her mind, she thinks negatively about herself. I kept rolling my eyes like girl shut up already sheesh if you so concern about your weight that much to work out. Like um hello your boyfriend and his best friend stayed working out that’s all she could’ve done. Instead of being whiny and complaining 24/7. I knew that Micah had some insecurities too she didn’t realize he had them himself until the end. I hated how her brothers treated Micah towards the end when it was Veronica fought that her brothers had problems with Micah. She kept running away from Micah especially when Lana came around. Normal girls would stay not leave their boyfriend with their ex. She was very dumb for that. Gave me a headache, I was glad when I was DONE with this book.
P.S. I see the next book is about Taylor I wish Taylor and Cynthia would get together but I can tell that’s not the case 😦 if not I hope there’s a book about her too after Taylor story… 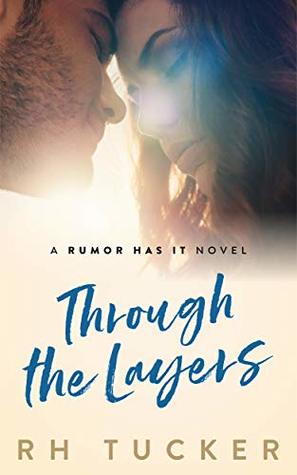 Second chances are for suckers.

Micah’s heard that expression before. With his first year of college in the books, catching his girlfriend cheating on him — again — he learns that lesson firsthand. The girl he thought could’ve been his high school sweetheart, turns out to be nothing more than a liar, completely destroying his trust.

No one has ever called Veronica fat. Thick? Okay. Curvy? Sure. However, they’ve never come right out and told her she’s overweight. Not unless you count the kids in third grade who called her roly-poly. Grade school or freshman year of college, it doesn’t matter. Guys usually go for the tall, thin girls. Girls like Micah’s ex.

Despite their hang-ups and their pasts, Micah and Veronica find something in each other that quells their concerns. But when old faces return, and unsettling truths are revealed, will either of them be able to work through the layers and find one another again?

Through the Layers is part of the Rumor Has It series and can be read as a standalone novel.

Series Note: Starting with Book 4, the Rumor Has It series deals with mature themes and situations.