•••••adding a few or more spoilers in this review ••••
This book was actually good; I finally got to see who Jake and Abby was. She definitely needed someone like Jake in her life I think everything would’ve been a lot worse if Jake didn’t pop up the way he did in Abby life. Because that **** Owen I liked him at first; but I knew he was going to try something with Abby when he kept getting her drunk and driven her to his house; and ask her to stay… everything he was taken; and everything he did to her so wrong and dirty. I wanted to kill his *** myself and would’ve done a lot more to him than what Jake actually did to him “a lot more”.. can’t stand a rapist; what I do know I was glad that Jake well glad that Abby gave herself to Jake before Owen wack *** did what he did to her. I just want to smack him myself even if he is a fictional character. All those things Abby been through as a child and teenager; l felt so bad for her, but she was so strong throughout everything she has been through. Those lame people bullying her because of what she wears but doesn’t realize the reason behind it; didn’t have common sense, and jealousy wasn’t a good thing. I laughed when they all looked stupid when Jake loved Abby regardless of how others felt about her and look or if she was weird or not! He still wanted her. That **** Owen didn’t care about her especially when he killed her grandma that was pure evil… then raped her… then shot her daughter… I was glad he met the dirt and Georgia wasn’t his daughter( I knew he wasn’t anyway)… A good book wasn’t disappointed; maybe I should’ve read this before King but oh well! 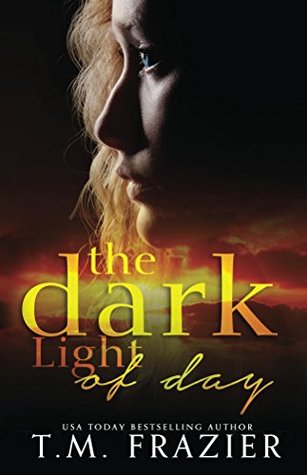 Homeless, sleeping in a junkyard, and on the run from a system that has failed her over and over again, Abby meets Jake, a tattooed blue-eyed biker with secrets that rival her own. Two broken souls that can’t be healed, they can’t be saved. Abby and Jake have to decide if they can accept the darkness not only within one another but within themselves.

WARNING: This is NOT your typical romance.
The story of Jake & Abby contains disturbing situations, graphic violence, sex, strong language, drug use, and all types of abuse.