My current read “High School Hero by Sherri Renee” 📖… I know one thing this book is good but this girl Kristen getting on my dang nerves. 🙄 cannot stand females who think guys that harm them or others are good to stay just because they are “going through something; have a lot on their plate etc” I want to just smack her through this book even though it’s fiction! I’m here like if this heifer doesn’t go and get her “bad boy Matt” and get rid of “George” who even wanna date someone with that name 😂. But anyway!!

So anyways I knew she was annoying because, for one thing, she was mad dumb; naive little girl; due to the fact she let “George” do mean things to her, and not only that use her as a pond in the game him, and Laurie was playing. Instead of her dumb self removing herself from the situation; she kept herself there smh; for these men to come after her like you can’t be that stupid; then get scared; when you find out more truth; then the final truth when the game about to start. I just had to roll my eyes. Because In the beginning, I knew Laurie was up to no good; she ’s not any friend instead of keeping Kristen away from trouble (her uncle) she leads this naive girl into a lion dean. Smh; I hope in the end Matt be there for this girl because lord she’s not smart when it comes to a lot of things; there were so many signs in this book and the signs she was receiving from both George and Laurie; even seen the signs at the mall. She got a peanut brain. It’s crazy how she was that dumb smh. Not to figure out that something wasn’t right. Kristen was so concerned with George getting hurt not realizing both he and Laurie was setting her up to possibly getting hurt or killed. You could tell by the way the author wrote this book; she made Kristen naive and not bright; that’s the whole point of the book to make it more interesting to see what happens next. But; I just wanted to shake Kristen her friend Michelle, and even Matt was smarter then Kristen. Then looked dumb scared when she learned the truth 😂😂😂 I’m like girrrrrl this could’ve been avoided if you broke up with the meat-head….. heck Even Danny didn’t like George; that should’ve told her something. 😂 Towards the end though; I was ready for it to be over with already. These are the hands I would like to use for both George and Laurie 👋👋👋👋 (slaps-two hands-same time) for making that girl Kristen scared to death and scared that something may happen to her.

But I did sort felt bad for Laurie though, because she could’ve threatened her if she didn’t go along with his plan. I hope she did save enough actually to get away from her uncle. Hopefully, the police find her uncle Melvin in the end so he won’t try to hurt Kristen and even Laurie. Her uncle seems like trash for using teens and harming or killing them; like he did the last quarterback. That freaking George I still don’t feel bad, because he knew it could’ve turned bad he didn’t listen. Would’ve been worse if Matt wasn’t there to save Kristen; I was so glad he was because as I was reading and reading about the knifed and he the guy coming toward Kristen I’m like where’s Matt… At least Laurie tried to save her. But she disappears fast 💨 as heck lol. Like poof and she’s gone…. but glad in the end; It was a happy ending. 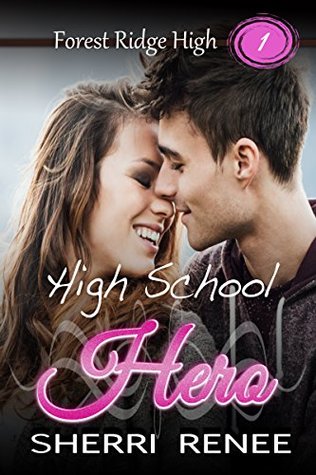 Kristen McDonald has dreamed of being crowned prom queen for the past three years. Now, with prom only weeks away, her boyfriend starts becoming someone she doesn’t even recognize. Sure he’s got a lot on his mind with college decision and football playoffs coming up, but that doesn’t excuse him for acting like a major jerk.

Matt Brady, the annoying but gorgeous bad boy who moves in next door, lets Kristen in on a little secret, her boyfriend’s using steroids to help win the state championship. When George takes his new temper out on Kristen, Matt’s there to help pick up the pieces, and Kristen soon realizes bad-boy Matt isn’t so bad at all.

Kristen’s over George’s mean new attitude. Prom or no prom she’s breaking up. Only he won’t let her. Steroids aren’t the only illegal activity George is involved in, and now he’s got to pay the price, only he’s dragging her along with him. Can Matt help her escape the dangerous game George is involved in? With a target on her back, prom is suddenly the least of her worries.