Currently reading 📖 Outside the Lines by Emily Goodwin.. half the books; I’ve read by this author was actually good. Not sure I’ll read the others. Since the ones, I’ve looked at and read the description didn’t catch my attention.

Outside the lines?! Hmm 🤔

This book was good.

So like I said it might be spoilers in this book; depends on what I’m thinking while typing up this review. I know that I liked this book it was pretty good; the description of the book gave that away. But anyways, I would like to the point out that I’ve read a few of Emily Goodwin books; and I want to say that Ben lasted way longer than the other dudes during sex. 😂😂😂😂😂😂 I just had to say that because usually when I am reading books. The kissing and licking and talking are to dang long and the sex parts are like 2 minutes 😂 just a blink of an eye.

So with that being said; I like how Ben didn’t care that Felicia was a nerd and weird; he loved her regardless. That made Mindy so jealous and wanted what Felicia had. Though they did sex a few times; that is not what he wanted. Mindy was the devil she was pure evil. I think she was jealous of Felicia in high school and as an adult. She was so bitter; it was ridiculous and she tried to clown Felicia a few times, but no one didn’t care what she (Mindy) thought and wasn’t on her side. Even though, her sister gave those side glances. I bet Mindy believed that Ben would leave Felicia but got fool when she found out they were together. I bet she left her husband so that she could be with Ben. But in the end; Felicia got the man. I did thought she was going to be pregnant half towards the end, but it never happened oh well. 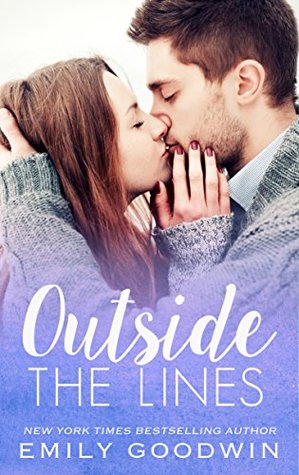 Words spoken to me on a daily basis. Words that used to hurt me, but have lost their power. I’ve embraced who I am, and if science fiction and gaming makes me uncool, well then I don’t wanna be.

So when a talk, dark and handsome stranger runs into me—literally—at a coffee shop and spills my iced mocha down the front of my shirt, I assume he’ll laugh it off, not ask me out on a date that I politely decline. When things seem too good to be true, they usually are. Because Ben has it all. Good looks. A job as killer as his abs. Great hair and great skills in bed. There’s no way someone like him can be interested in someone like me.

Ulterior motives? Probably. Professional stalker? Most likely. Why else would he be interested? Yet when we see each other again, there’s an attraction I can’t deny. I might be taping my very own “kick me” sign on my back when I agree to go out with him. My dream guy, interested in me for real?