Someone how I had won this book. Don’t know when; because it had my old address on it. Glad that my mailman know who I am and where I live 😂 would’ve gone to my old house but anyway! It seems like a very interesting book here’s the description:
•
•

Hidden Secrets will leave you questioning everything you thought you knew…

Carla Michaels’ life isn’t what she thought it was. She met her loving husband in college. She had a career as a teacher. All she ever wanted to complete her life was a baby. After five miscarriages, Carla had almost given up hope of ever becoming a mother. Then a devastating tragedy strikes, and everything she had ever loved is gone – now she’s left torn and shattered, wondering if she can go on with life. Unexpectedly, she receives an envelope full of books – journals that were kept hidden from her. A mystery starts to play out as secrets are revealed. Will she get a second chance at life? Will the hidden secrets destroy her? Or will she find the strength to survive once she knows the truth? Hidden Secrets will pull at your heartstrings until the very last word. Some secrets are not meant to be hidden…

Currently reading 📖 Slow Burn by Nicole Christie….I’m hoping that Julia? No Juliet; actually I Hope a hot contender sweep her off her feet.

I’ve been reading so many of these romance books. That I don’t know what “dick” is because I am so used to seeing/reading and saying cock” … & I don’t even use that word I say “Dick” I am like wth is a COCK? 😂 I’m so used to that word I’m here like did he say cock or dick in this book … but then I realize he said: “she rides me like a Harley on a bumpy road.” Boop oh well! Mishap😂
But I’m trying to figure out if it’s Nick or Dean, Juliet going to end up with. It better not be Johnny; that’s going to be a disappointment, at its best. I don’t even understand why Juliet and Johnny were also trying to get back with each other; they are no good for each other. For one they are both toxic. I don’t even know why he was chasing her so much, and she’s debating on going back to him.
Though I hope she doesn’t; I was glad she lost her virginity to Nick instead of Johnny. I wonder who she’s going to end up with; I so want her with Nick; I do wonder how they’ll feel if each of them goes at someone in front of each other. They are so awkward now since they had sex; I wonder if anyone would notice; especially Mack because he’s the one that’s always around them both.
It’s crazy to how Johnny got mad at her though when she admitted that she had sex with someone. Then he goes to; straight diss her… like humph I think he did this because she wasn’t a virgin anymore. Then he out there with this girl and that. I’m like mkay; boy an excellent way to show the girl you supposedly want; how you feel about her. I can tell every girl Arianna, and Kara doesn’t be mean to her like that now especially going on a double date with Ben and Arianna .. I guess Johnny was not pinning after her, so they change just a little. But I’ll see how things go once I get further, but I’m so hoping she gets with Nick ugh they shouldn’t be ignoring each other; well Juliet ignoring him ugh; I think he may feel something and was hurt by her saying it was a mistake. Smh! She rather gave her V card to Johnny instead that chick stupid dumb for real.
I’m just happy she’s talking back with Nick. They were so awkward. It ends up with her ex Johnny stepbrother Dean it’s better than Johnny. Because both are so toxic … I see she getting those sparks and electricity with Dean but not with Johnny ha! Ha! Lorena can tell Juliet likes Dean 😀 especially when she was putting a tank (aquarium) up in this room! I wanted to smack her for not giving into her feeling for Dean in chapter 37; by chapter 39 she better makes up her dang mind. She is so wishy-washy.
But since Heather her supposedly friend diss her for someone who’s getting her into drugs. I hope she doesn’t give into that friendship easily. She better do her like she is done Nike and Johnny if not that will irritate me. Because Heather was her friend, she wouldn’t have gotten mad Juliet was there for her and trying to help her. Her dang head was far up Sloane ass it didn’t make any sense. I tell you when a person falls for somebody they diss everybody who cares about them. But run back when things go sour. I’m a see what Heather mind is at soon.
Btw, Juliet needs glasses for night time she can’t see to save her life. It’s funny to me how it didn’t take her long to seek out Dean and apologize about ignoring him. But never did it with Nick; he was the one to speak first and get their friendship kind of back. I realize that she tells Dean a lot of things that she hasn’t told Johnny.

But it sucks what had happened to Johnny he made so many mistakes throughout this book. That I hope he does straighten up and go for sports medicine as Juliet told him. I always say you need a backup plan when you decide to go into sports as your career. You’ll never know when you end up hurting yourself to a point you can’t play anymore. That’s why I said I don’t understand why these football players (in real life),: don’t finish college and then get drafted into the NFL. Btw I’m so irritated because this book is so long that I’m over it now. It’s 54 chapters which I think it’s ridiculous even to have ugh.

I am so glad I am done with this book. Thought it would never end. But I was mad at Dean for how long that stupid plan he had with dust bunny Kara. Until Nick came to Juliet and told her what was going on; not only that Dani too. They all well the females should’ve had Juliet back, to begin with. They let Dust Bunny Kara control them and what they do. At least Dean came to his senses because I wanted to smack his ass silly. Also; I wish Kara got what she deserved Juliet was right everything that was BAD happening from Johnny; Dani; Arianna and Dean were all of Kara doing it’s crazy how someone can hate one person because both guys wanted another girl and not her. Good that neither Johnny or Dean didn’t do Anything with her. But btw all that I FREAKING LIKE BEN THAT DUDE IS LIFE AND FUNNY.

This part got me weak 😂😂 >>>> • If I caught some creeper eating a candy bar and watching me hook up with someone, I’d be super pissed, too. 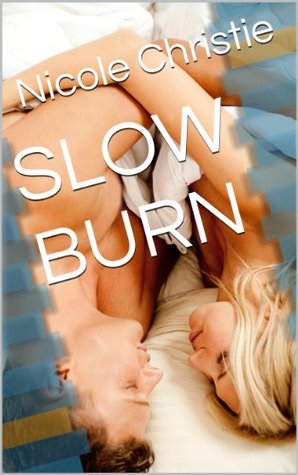 Contains mature/adult situations and language. For readers 17 and older.

It’s the beginning of senior year, and seventeen year old Juliet Somers has made the rash decision to transfer to her boyfriend’s school in an effort to spend more time with him. Sexy bad boy Johnny Parker is a legend at Leclare Academy, and Juliet still can’t believe that an average girl like her was able to tame his wild ways. She can’t wait to start her new school with him by her side.

But one night, Johnny’s self-destructive habits lead to a stunning betrayal–and Juliet realizes she’s made a huge mistake. Now she’s stuck at a school where she doesn’t fit in, and all the girls seem to hate her guts. Even worse, Johnny is determined to get her back, pulling crazy stunts to win her forgiveness. Juliet is resigned to being an outcast for the rest of her senior year, with no friends, and no clue what she wants to do with her life.

Things start to look up when she gets to know some of Johnny’s friends, and finds that some of them are really good guys. With the help of an unlikely ally at her side, Juliet begins to think her situation is not as bad as it seems. As the school year rolls on, she opens herself up to new experiences, makes some huge mistakes, and discovers things about herself she’s not sure she likes.

Juliet resolves to stay strong against Johnny’s seductive tactics, but it’s becoming increasingly harder to deny she still has feelings for him. Will she risk her heart to him again–or will a hot contender manage to sweep her off her feet?