I thought this book was going to be wack but it actually wasn’t.

Pen Pal use to be a thing; that I still think is great.

*Spoilers throughout this review;***••••
I can’t get over Emerick niece no cousin reading that romance book with the shirtless dude on the front; and she’s only ten … I don’t know why I find it hilarious. But gah 😂😂😂 it reminds me of my niece trying to read books she knows she shouldn’t be reading; lol!

I died laughing when Emerick said “I glanced back at Janie, her nose already buried in some book with a shirtless man on the cover. She was only ten. What the hell did she want to do with a book like that?” 😂😂 I was thinking the same thing like what the what… her mom even knew she was reading it too. I’m dead weak!
Plus; I was glad when Nora got rid of Trey; he was just horrible. I was also glad he stopped coming around and both her parents realize how awful he was. Did that terrible thing to her over a breakup that to me I felt like he only did it for “it couple” like he stated. Like ugh; Emerick aka Adam was so right for Nora as she was to him. I still felt like she could’ve apologized for what she said about him only knowing how to fix cars etc. you can never judge a book by its cover. Because the ones you think are beneath you are way better than those who are just like you. I was just glad that Nora realizes that and Emerick realize that Nora was a snob etc…. Emerick deserves that certificate he, and I like how he also helped his friend Wolf realize he could do better for himself. I didn’t realize this book was going to be good; just by looking at the cover… but this book was grade A 5-star book. I like it; I liked that no one judge him well they did because they assume he was a black kid… but what I did like was at least her family accepted him even though he was a black boy and she was a white girl. Because often parents don’t accept two different races being together. 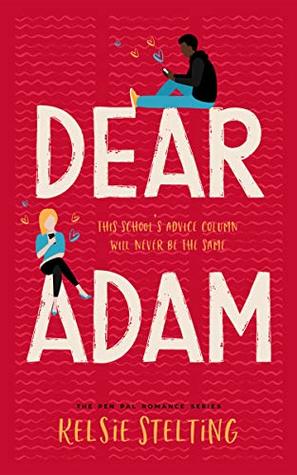 What happens when the bad boy takes over the school advice column?

The last thing Emerick should be doing is giving anyone advice. His dad’s in prison. His mom’s buried under credit card debt. And he’s one step from failing. After everything his mom’s been through, she can’t take another disappointment. So when the guidance counselor gives him a choice, anonymously write the school’s advice column or drop out, what choice does he really have?

Student body president Nora Wilson has the perfect life. At least, that’s what everyone thinks. And with her dad running for governor . . . reputation is everything. She can’t let anyone know she’s drowning under the pressure. Except for an anonymous advice columnist.

Nora and Emerick can’t stand each other in real life. But online? They may have more in common than they ever thought possible.

Start reading Dear Adam in the Pen Pal Romance series today to see whether enemies can really become lovers. Fans of Fangirl by Rainbow Rowell and Dear Aaron by Mariana Zapata will love this sweet young adult romance with a diverse cast of characters that feel real enough to touch.

So okay, I understand when you have rivals, it was the same way with my old school Brunswick vs. Greensville… but her (Charlie) brother Preston took it too far; I don’t even think that Jackson also cares too much about that rivalry at all. Plus; it only got too serious once evil pinhead Anderson did what he did to Charlie which was horrible. I wanted someone to literally beat Anderson up for what he did to Charlie not once but three times. What crazy was Preston was so stuck on the rivalry with Jackson that he didn’t even go after his sister. I was glad when she told both Jackson and Preston off during that game that they both ruin for themselves. Because it was ridiculous, but in the end, I was glad that her best friend Daria was there for her because everybody else including her brother was horrible to that girl. It was so much girl could take, but only people did was laugh at her and stuff that was bullying her… but glad in the end, I was glad her and Preston back talking, and she and Jackson got back together. 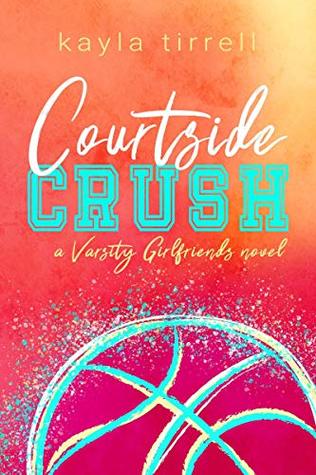 So much for senior year being the best part of high school.

It all started when I caught my boyfriend cheating on me.

I did what any girl would do—I got revenge. Of course, it didn’t stop there. Thanks to a condemning video, I also got eight weeks of community service and athletic probation right before basketball season is supposed to start. (There goes my spot as captain!)

Courtside Crush is a modern-day retelling of Romeo and Juliet, perfect for anyone who likes their sweet romance with a dash of drama. It is the first book in the Varsity Girlfriends series.