•••Spoilers throughout this review••••
Lord the girl Livi aka Olivia I wanted to smack her so many times it wasn’t even funny. Like omg; her obsession with her best friend was over the top and ridiculous like Jheeze… All you see was Jessie this Jessie that. Jessie; Jessie, Jessssiee a thousand times like good lord. & I knew in my mind that Chase liked Olivia that’s why he did the fake boyfriend thing with her because he knew that was the only option he had to get to her… which I can agree on because lord Livi was in LOVE with Jessie so hard! Every single thing blinded her… plus; she was dumb a lot of times especially when Jessie was using her and taking advantage of her and being disrespectful to her and especially when Charlotte wait that isn’t her name I think it was Courtney if not whatever I didn’t like her anyway.
But anywho; Jessie was just a horrible person, but when Chase got loud with her she was butt *** hurt when he mentions her father … I was like this girl here…smh then felt some type of way when she gotten caught by Chase when she was kissing Jessie not once did she ever tell him Jessie kissed her at the game! But in my mind, I think Chase seen that part because he tends to watch her a lot! I wanted her peanut brain to realize that Chase was never pretending, but it never happens until Chase didn’t want to deal with her dumb self anymore. I was like lord girl…… & when Chase told her that he was faking boy she was but hurt I was like oh well you freaking idiot…. you wanted Jessie; Jessie Jessie way you mad for… like Gosh! She was annoying! Chase was way better, and he was someone that Jessie was not! Plus Chase knew how horrible Jessie treated her. Not only that I figure out he didn’t like him due to the fact of how he treated Olivia… Chase definitely didn’t like Jessie… but Jessie started hating Chase once Livi wasn’t there for his beck and call. I still said that’s why he so butted her; but when someone else came in the picture that when Jessie dumb self-thought he could go in and take Olivia way. I still said that he set that kissing in his bedroom up so that Chase can find out. Plus; in the end, I’m glad that Chase and Livi kissed and made up and that Abigail apologizes to both Livi and her friend Hallie… 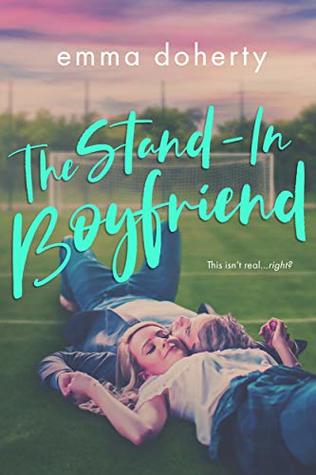 Livy Chapman is in love with Jessie Stephenson. It’s that simple. She has been for years but he only see’s her as his best friend. His best friend who copies her homework, relies on her to bail him out of trouble and who he hooks up with other girls in front of.

Enough is enough and when Chase Mitchell, star of the soccer team, and all round Mr. Popular steps in and convinces her that they can do each other a favour by pretending to date, Livy is just crazy enough over Jessie to agree to it.

I mean, Chase is just her stand-in boyfriend. Nothing could go wrong. Right?