Sophie is just smh… it’s so many women that’s like her…. & there’s women/girls who actually wants a guy like Mark… I wanted to smack her silly. Reading this book. After reading the other book with her friend Olivia… have me thinking Mark is stupid… if you read both books you see what I meant.

Good but Sophia one dumb chick
•••••I mention some spoilers in this review, and couldn’t help but speak my mind**•••••
Sophie is smh… it’s so many women that’s like her…. & some women/girls want a guy like Mark… I wanted to smack her silly. Reading this book. After reading the other book with her friend Olivia… have me thinking Mark is/was stupid… for even giving her another chance… because once she saw that Garrett was horrible and gotten caught a second time she felt some way. Then going to be upset when Mark started dating that girl Jenna… I didn’t blame Mark.

For one; yes he on the rebound, but Sophia gutted him; I tried saying hurt him with ed at the end but autocorrect kept saying gutted. But like I said she hurt him so bad not once; but twice more, than two times because she kept ignoring his text messages… because she assumes she wanted Garrett. What her idiot self didn’t realize was maybe Whitney was more than likely pretending and also Garrett probably only wanted to make her jealous. You could tell her (Sophia) didn’t care about what Benji her (Sophia) brother thought of him (Garrett) hitting on his sister.
But what I can agree on; is when it came to Garrett, he stated Sophia kept coming on to him and flirting which was true. I blame them both because for one she knew he was a grown ass man and he knew she was only 16 turning 17… she was underage, and he was like twenty-one… he didn’t care. Mark should’ve punched him (Garrett) too, hell right after Benji punches him (Garrett). You could tell Garrett knew what he was doing…. when it came to Benji sister… like boy bye you could’ve said NO… plus; I die of laughter when she realize Garrett kisses suck 😂😂😂 I was like she should’ve stuck with Mark the “teenager” you kept dissing for a “grown man” aka “sloppy kisser”…. It was priceless. She felt so stupid after what happened. I was like welp Livi tried to tell your butt; even wack ass Jessie…. gosh I could tell he was horrible in this book too but more so in the book with Livi… but anyways I’m off topic…
What I do want to know …. was… did Mark taken Sophia back because the one with Livi they were talking and stuff and getting all close I wanted to know more like the book one (w/Livi & Chase) did versus this one. Mark was a good guy; often more likely we all need guys like him. I be telling people (I know this is fiction) that women cheat too; what I realize both Livi and Sophia cheated on two of the guys who actually cared about them and ONLY felt stupid once they were caught. I highly doubt either of them would’ve felt bad if they didn’t get caught. But what was in my head when Garrett was kissing Sophia I kept thinking he was going to rape her or something by how he was acting while kissing her. But in the end, I was happy he left… I can’t say it was a happy ending in this book, but it was good though… I should’ve read this before the “Stand-In Boyfriend” but oh well! 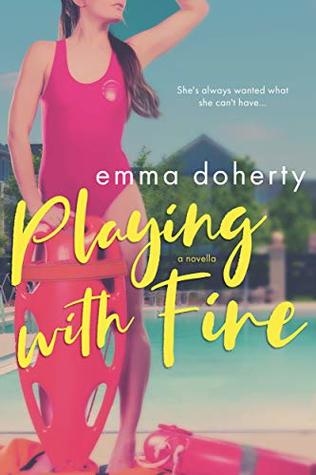 Sophie Steele is looking forward to summer break: no school, no responsibilities, hanging out with her best friend, Livy, and the boy she’s been casually dating for the last couple of months. But, when her brother’s gorgeous friend moves in with them while he completes a summer internship, her goal changes. Suddenly the only thing she wants this summer is him.

She wants him even more when her brother warns her off him, and even more than that when Livy tells her it’s a bad idea. Then when he starts dating one of her brother’s friends? Well, that makes him irresistible.

Because that’s the thing about Sophie—she’s always wanted what she can’t have.

This is a 32,000 word novella to introduce the characters of the Grove Valley High Series.