This book 📖 is actually good!!?

It was good; though the mistake at the wedding was mistaking the twin for the other…

All I know is Lily was sort of annoying and whiny and cry and run away when things got tough! She got on my last nerve half the time. Though I understood where she was coming from with the insecurities and stuff, often teenagers even adult go through a situation where they have a hard time with loving themselves and being comfortable in the skin they are in. & or just accepting that you are different from other women or females. I was glad towards the end of the book; Lily FINALLY understood she wasn’t ugly and was beautiful… my self couldn’t understand what her problem was, especially when she was identical to her sister. Like um, hello, same face. How in the world can you not think you are as beautiful as you identical twin sister. Even Beckett (hate this name) even was confused about them at Lily cousin wedding, this one thing I like to address was FINALLY she told him about that wedding & with him giving his number to her sister. I said that could’ve been finally talked about rather than later down the line in this book. But at least they came to an agreement but even through all that they still fought over petty things. Due to both being JEALOUS… but one thing I never understood why she sister tried to push Lucas (or whatever that boy name was) on Lily when both Lily and Beckett like each other. & for one thing I already KNEW that Becks and Kim didn’t kiss….. Lily was just a fool, smh 🤦🏽‍♀️ like idiot girl closed her eyes and didn’t even see the kiss smh! I was like I bet he didn’t even kiss her & threw it was he didn’t “Kim” kiss him on the cheek! But at least they (Lily & Beckett) finally admitted they liked each other and started dating at the end of Kat (festival carnival thingy)…

For one about that Carnival I think that Sherri has something to do with that Gym (the school) pipes getting busted…. plus in the end, Calla parents (well mom) didn’t have to go into foreclosure with was a plus; because they had the Carnival for Kat at Call mom bakery or whatever eating area it was which was a good thing. If her parents place her mom place was belt like a castle and what not & was better than the other place…. what in the world was those people in that town thinking… for one if I seen a castle-like building where you can eat at I’m definitely going in to actually see how It is… even if I didn’t or don’t buy anything! But in the end, I was that Kat waked up from her coma, I believe often it depends on the person and how much strength they have to wake up… because of one… Becky grandpa was in a coma … he dies whereas Kat didn’t it’s a different even it’s time for that person to go( even if the story is fiction). 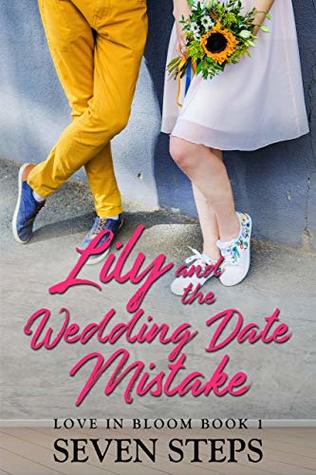 IT WAS THE WORST FIRST DATE EVER!

When seventeen-year-old Lily McAlister meets a witty, mysterious boy at her aunt’s wedding, sparks instantly fly between them.

There’s only one problem. She’s lost her glasses and can’t see his face.

Worse, when she finds her glasses she gets a front row seat to him asking out her sister.

Heartbroken, Lily thinks that things can’t get any worse.

Until he shows up in her English class on the first day of senior year.

When they’re forced to work together to throw the Fall Carnival, Lily discovers this mystery boy has a huge secret. One that will change everything.

Find out what happens next in Lily and the Wedding Date Mistake today!