This book is way better than the last book about her best friend. Plus she’s way better for Dylan anyways; though I wanted to smack him six feet under… in the book with Molly….

It was a pretty good book glad I didn’t want to slap somebody.

I liked Dylan in this one & the last one I believe I mentioned before in the third book. But anyways; I was glad to learn that Dylan apologizes to Molly from what he said to her because he was horrible; plus it’s interesting to learn the reason behind why he was so mean to everybody especially Molly…. with his being in the motorcycle accident! But the good thing is that he didn’t die; only gotten hurt. I don’t motorcycles 🏍 <<<< I like the motorcycle that’s you don’t have to lean when you go around a curve… the ones the older men drive… but besides that, I was rooting for Dylan and Allison to get together, but she was getting on my last nerve.
Because she kept trying to match him up with other girls who weren’t right for him! When she was his perfect match! They both wanted each other but was too afraid of getting hurt again!!!! I understood both their reasons; but I was like dang, date already… I felt bad for her a couple of times, but she put it on herself…. but at least Dylan came around in the end once Allison wrote him that later and gotten him those tickets… I didn’t even know he was dating Kylie or whatever her name was “since it’s not essential *** he drops her like a hot potato after getting that letter from Allison; but he was rude though for not coming to her right then but at least after his presentation of that book he finally realize he wanted her as much as she wanted him & got tired of fighting it & ended up together happy!!! 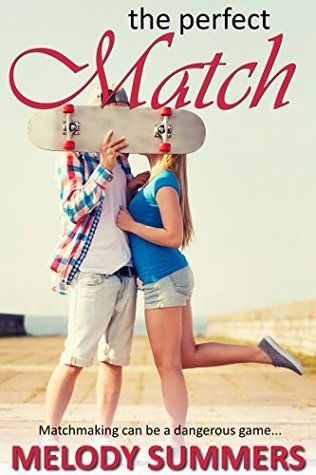 Everyone knows that your best friend’s ex is totally off limits.

I didn’t want to date Dylan, my best friend’s ex-boyfriend. I just felt bad for him because the last two girls he’d gone out with had dumped him to go back to their exes. He was a sweet guy who deserved better, and in a moment of insanity I decided to make it happen for him. I was going to discover everything there was to know about him and then find the girl who was his perfect match. It all sounded so easy, until I started hanging out with him.

But things got complicated really fast, and the more time I spent with him the less interested I was in matching him up with someone else. Dylan is afraid that I’m going to be like the other girls, though, and dump him to go chasing after Seth first chance I get. And I’m scared that he’s going to be like every other boy I’ve gone out with and drop me without a backwards glance. Plus there’s that whole issue of him being my best friend’s ex, which would be majorly awkward. There’s just no way that the two of us could possibly work out, so the safest thing to do is to stick with my plan and get him out of my life as soon as possible.

Even though deep down I know that he’s my perfect match.