This book was good; I often just hate really long books… because it depends on the book, where I tend to get bored closer towards the end….that I want to get it over with already! 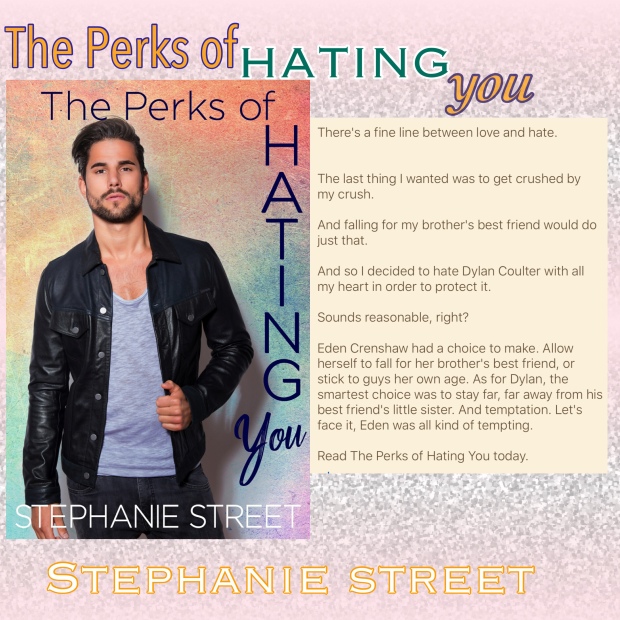 I see why it was perks of hating you; it was a way of saying I love you.

****So many spoilers in this review; I had to point out a lot of things in this book****

Smh; I felt like she (Eden) should’ve listened to everybody “Dylan, Conner, those girls, and even Jesssilyn… but no she wanted to be grown and regretted what happened at that bone fire… she was very naive and wasn’t smart enough to see what was around her and what Marshall really wanted when everybody kept telling her to remove herself from here….. I see why she didn’t want to date people when it came to going to the football games etc. with her friend Allie in the first book with Allie & Conner…. but I felt like that shouldn’t stop her for going to football games! But I guess it reminded her too much of Marshall…

I know one thing a lot of times when you young, you do things that you will regret… I felt like Allie may have been naive with trying to understand if Conner liked her, but Eden was clearly naive and didn’t know what was in front of her face…. until it was too late… I did felt bad for her, but she should’ve seen that coming even when she clearly could see Marshall didn’t take her on dates or anything or claim her as his woman…. even Dylan was there for her, and I am like girl listen to your brother best friend he knows what he talking about even your bother …. I am waiting on the time when (well to see) If she will tell Allie what happened that night at the bone fire. Because Conner actually told her to be careful, I wish that she would’ve used her fighting moves on Marshall or something just to tell him to no… you can always push a male off of you when you don’t want it; heck knees him in the balls can help so much!!!
That what made me happy (Dylan) whipping Marshall *** for doing what he did to Eden… it’s understandable why he never told anyone what happened plus I was also glad that he realized he wanted to be with her once what happened to him when he left for the army thing in Washington… but the good thing was his bother wasn’t mad about him being in love with his (Josh) sister (Eden) because he knew that both Eden and Dylan was in love with each other. I figure he had to know something especially if Dylan was hanging around Eden 24/7…. but I felt like she didn’t care to date anyone even what happened after Marshall…. was because she was in love with Dylan and didn’t want anyone else.

Eden –
It was just so cliché. There was a whole genre in the book section on Amazon. Hundreds of books written about one thing- falling for your brother’s best friend. How unoriginal, right? It’s all over the place. But no one’s ever accused me of being a cliché. So, instead of crushing on Josh’s best friend, I decided to hate Dylan Coulter with all my heart. It was the perfect plan, really, since there was no way on this planet Dylan would ever notice me- that way. Why pine? Why deal with all the angst over every perfect girlfriend? They could have him, because I didn’t care. At. All.
Besides, Dylan made it easy to hate him. What was to love about a crooked smile? Or a husky, sexy voice? And that body? Perfectly sculpted with muscles not too lean or too bulky- how gross. Some girls might go for the perfectly tanned in winter without going to the tanning salon skin, but not me. It was unnatural. Uh-uh. No, sir. Who cared that his piercing green eyes practically glowed from behind the thickest, lushest lashes ever bestowed upon a mere mortal? I sure didn’t. Nope. Dylan Coulter could be choking on a hunk of his favorite beef jerky and I wouldn’t even pause in applying my makeup to perform the Heimlich. (Oh, alright. Fine. I would, but I wouldn’t want to.) Yep, hating Dylan was much, much easier than crushing on him.

Eden Crenshaw, best friend of Allie Brown from The Perks of Dating You, finally gets her story. If you loved Allie and Connor, you will be just as in love with Eden and Dylan.

**Bonus chapters from Stephanie’s books The Perks of Dating You, Save Me, and Us at the Beach are included at the end of The Perks of Hating You.

I’m working on this series now 📖🤓 … the first book is actually good! But I’m kind of like “REALLY” because the one book I want to read is actually the 4th book to this series; so I gotta go through this one & two more just to get there…. what a pack of chicken 🐔 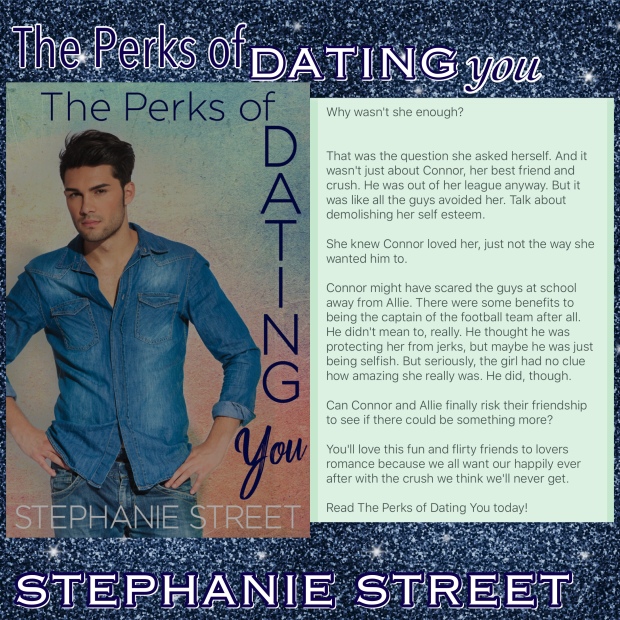 This book was actually good!!!!

*** Let’s see could be a spoiler or two maybe more let’s see how it goes once I write this review••••**
So okay; I don’t know how I ended up reading this book WRONG! What I mean is the description I thought they were in middle school smh 🤦🏽‍♀️ I was clearly excited to read this book because I said awe middle schoolers are falling in love… NOT 🤣 but other than that I realize once I re-read the description, it was high schoolers oh well!!!

So with that being said I liked Allie and Conner story, but yuck her name is Alberta I see why she doesn’t like that name it’s just “horrible”…. but other than that I thought they were cute together once they finally got together even if it was FAKE in the beginning… plus Conner parents were just horrible; I know no one wants parents like that especially ones that control your life yuck!!!! I was glad that at least he had Allie mom there for everything from taking care of him (feeding him, and taking photos of him as he was growing up; including homecoming) I already know she more likely added some prom pictures in there even though it didn’t mention prom…
But at least in the end he ended up going to STATE (but what STATE college he was talking about I have no freaking idea; I was like dude why the author didn’t mention the state they were in or something or even the college name) because I was clearly lost because of the school name, but at least she mentioned Harvard… but I still don’t know what school Conner and JJ ended up in smh!

Not only that I liked that Jamie did ask Allie out but felt bad for him because he ended up getting hurt and I clearly can tell that in his book (that I plan to read and can’t wait to read) is the girl (Allie) that he was clearly trying to get OVER! Since he was kissing so many females and the one girl was trying to help him yada yada… I clearly have to read book two ugh 😑 just to read book three in case I miss something if I go ahead of book two to three; so I’m a read it in order… but at least Jamie was there for her (Allie) plus Kayla was one horrible chick I wish Allie would’ve t-bone her *** (meaning kick 🦵 her ***) … instead of ran out of the dance!!!!!
But I can’t wait to read about her friend Eden to see why she didn’t want to go to the games among other things and find out what happened with her……, but I hate that book is 30 some chapters ugh!!!! I hope 🤞 I don’t get tired close to the end when I do read book two ugh!!!! 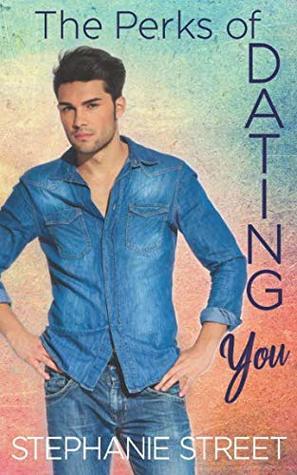 There he is. Connor Sanders. All six feet four inches, broad shouldered, rock hard muscled, starting quarterback of him. As he walks toward me (well, not toward me, but in my direction), bright blue eyes smiling at all the beautiful popular girls dripping from his arms, my heart sinks down to my toes. Because if I am the GPS and Connor is my target, I really wish I knew how to program a new destination because there is no way Connor Sanders is ever going to look at me as anything-
“Hey, Allie.”
“Oh. Hey, Connor.”
-as anything more than his best friend.

Tomboy Allie Brown has been in love with her best friend, the popular Connor Sanders, for as long as she can remember. The fear of losing him forever has kept her from declaring her feelings. Just friends is better than nothing, right?

Connor Sanders has spent his whole life looking out for the girl next door. Circumstances force him to protect her in a way he never expected, one that allows him to act on the feelings he’s kept under a tight rein for years.