Started this book the third book? To this series yesterday… I hope I can finish it by tonight or tomorrow more likely tomorrow since I got tired of reading it and went to different book.

I see the meaning of the perks of kissing Jamie.
•••• I mention a lot of spoilers in this review***

It was so awesome and surprising that Bailey homecoming Queen when she wasn’t even on the bracket… Like that was the sweetest and coolest thing ever. I think that happened because everybody knew that she had tame the NCMO… I figured it also had to be a reason behind why Jamie set there a missed all of those random girls…. when he was one of the good guys… for one I figure it had to get hurt by Allie and surprising to find out about his dad too; which did suck.
It did suck that his mom kept crying and couldn’t get over it, which was very understanding. Plus I felt like it was a good thing that his mom had a talk with him after what happened with Bailey… I felt like he needed to understand and know… plus it was good that his mom accepted that he wanted to be free and do what he wanted and play football. Though; I can agree with her that football is scary. If I had kids, that is one sport I wouldn’t want my kid to play… it’s too dangerous in my opinion…

As I was reading this I said it didn’t take Conner to pound Jamie face in… it actually took his best friend Dallin to pound his face in for hurting Bailey which I can agree and say that Jamie did deserve that smackdown that Dallin gave with his fist…. plus at least Jamie realizes he loved and wanted to be with Bailey in the end, and wanted to take her to homecoming and make her his girlfriend. I love what he told those fangirls of his “Sorry, ladies; I’ve got a date with my girlfriend on the dancefloor.” I was like yasss boy James let those hussies know you got a girlfriend that you aren’t ashamed of finally admitting you want……. plus I like how he didn’t care how Bailey dressed or looked, he still wanted to kiss her…, I said now that love… some men and guys prefer their women to be perfect 24/7 in real life and half the books I’ve read… what trash they are/was….
Plus I figure that James aka Jamie and Bailey Aka Bales was going to get married at the end… both books before this one Allie and Conner gotten married plus Eden and Dylan now Jamie and Bailey… I already know in book 4 with JJ Coleman his going to marry Quinn I’m 9,000% sure. Plus; that’s the one book I REALLY wanted to read; where I didn’t want to go out of order reading this series since it has everyone in it… not sure about book four but I’ll see…. but dude I want a book with Dallin ASAP… I mean look at JJ he got a book why not Dallin too…
Btw; I am not sure I mentioned it, but I was happy that when they went to homecoming that Jamie and Bailey went to Jamie house so his mom could take their pictures that was cute and adorable. Plus his mom found her someone that can love her as her ex-husband did before he died… which I thought was cute finding that out at Jamie NFL draft pick… plus the advice Conner gave him was also good too. 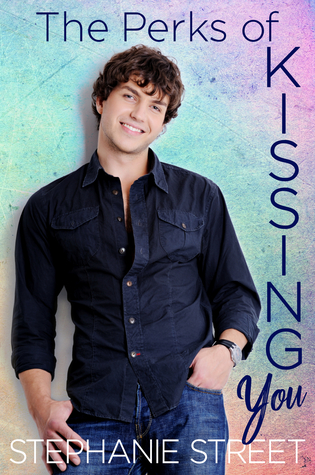 After losing Allie Brown to Connor Sanders, Jamie falls into a tailspin and earns himself a much deserved nickname – NCMO King. That’s right, King of Non-Committal Make Out. And he loves every minute of it. If she has lips, Jamie will kiss them.

Unless you are his best friend Bailey Campbell.

Bailey wants to teach Jamie a lesson about kissing. Well, not actual kissing, apparently, he’s got that under control. It’s the Non-Committal part Bailey takes exception to. She’s seen the hope of a relationship with Jamie burn bright in the eyes of one too many girls only to die when reality hits and they realize he’s just messing around. Well, enough is enough! And Bailey is determined to make Jamie see the light.

If that means kissing the boy herself, well, so be it.

God this book is freaking hilarious…. makes me want to read the third book with Lexington and Amalie over again….. ugh!!!! I’m clearly curious again of how they got together though I know how! But that creepy ex of hers yuck!!!

Okay! This what I wish
I wished that I read this book way before I’ve read “Hooking Up” ugh! I even want to re-read the book over which I may do I don’t know yet! But I did see they mentioned both Lincoln who is Armstrong brother in this book; let’s pray he way better than his horrible brother since I remember who that wack job is…. & also mentioned Griffin who I also believe is Bane and Lex brother… that’s going to be in the book “Making Up” let’s hope… Because Lincoln is in the book “Handle With Care” that I can’t wait to read, I am so curious, especially with Making up.

But anyway, back to this book! Gwen and her son Armstrong was so horrible, and I was so with Ruby that Amie and Lex was a better fit for each other! Plus that guy the panty eater guy was so weird, and I was surprised no one was around to see Lex stating that Amalie was his fiancée… Plus what I thought was hilarious when the panty eater guy scream he wanted his panties back 🤣🤣🤣🤣 priceless. Plus Lexington flashing his package was also funny since Amie surely needed someone better than Armstrong yuck… 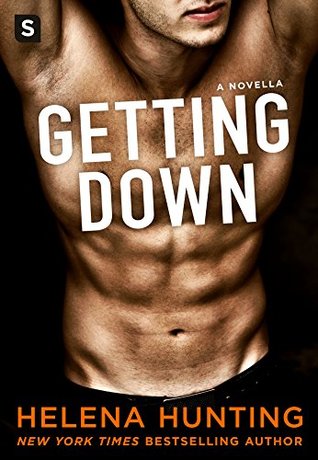 Originally published as part of the USA Today bestselling anthology Eye Candy, Getting Down is a hilarious and hot short story set in the Shacking Up world. Now contains a never before published bonus scene!

Ruby Scott’s favorite holiday is here, all she needs is a moderately good excuse to throw a party. With the help of her best friend Amalie–and Amalie’s fiance’s budget–the two of them throw a Halloween-inspired fundraiser. But no event goes off without a couple hitches…