Dang! JJ definitely waited for Quinn; she definitely was taking forever! & then finally ❤️
***I pointed out a few spoilers throughout this review******

I was glad this one was way shorter…. but was kind of irritated with Quinn when she kept playing around. Especially when she left and didn’t tell JJ anything then changed her number… I was like dang girl; you could’ve told that boy your family moved away. But we can still be friends even though; I will well we both will miss each other.

& for one thing; she shouldn’t have gotten with Tristin at all like I already knew he wasn’t the one… she literally wasted her senior year, freshman and half of her sophomore year on a piece of trash…that didn’t care about her or her feeling the way JJ did…. she was just too blind to see I just don’t understand how people get with ignorant people who control there every move; but bypass the good ones. You already know when your family doesn’t like that person; that person isn’t good for you at all. It’s like the same with one of my family members how no one in the family likes the guy she dates he is just a horrible person. But people stay with people often because they love them or think that’s the right relationship for them. That’s what Quinn did she wanted to saddle for something she thought was good for her but wasn’t.
I was glad when she got rid of Tristan once JJ told her to drive up there to she wack job pony boy who cheated on her with so many women & didn’t even care about seeing her was a trash bag he was… I was glad when she finally realizes she wanted JJ the way he wanted her since 8th grade – 15-year-old boy that fell in love with her at first sight…. she got on my nerve ignoring her feelings though I understood why she didn’t want the feelings though she got it due to the fact her family was in the army and what led to her feeling or trust etc…. but I did thought it was cute how they went back to the fair and he asked her to marry him and two weeks later had a country wedding at the “fairground”…
But I also was curious about his baby; which suck that the baby died such a sad feeling. It’s good that he had changed through everything that happened. I tell you he couldn’t have gotten where was at if it wasn’t for his best friend Conner…. because he had his back through everything…. plus I thought it was dope how throughout middle and high school they played football together… then college; afterward ended up drafted on the same team… that’s brotherly love ❤️ right there…
But at least in the end Jeremiah aka JJ got the girl of his dreams…. btw that I was so curious as to what JJ stands, for now, I know “Jeremiah Jasper” which I still say is a horrible name **cough*** his middle name not his first!!!! 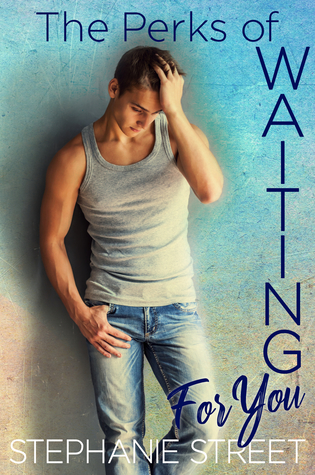 For fans of Stephanie Street’s Perks Books comes a new novella The Perks of Waiting for You.
For JJ Coleman, life was about fun and football. And helping his dad on the family farm. No one expected much from him, so why should he expect anything of himself.

And then he meets her, the girl he knows he’s meant to be with. Now, he just has to convince her of that.

Quinn Butler isn’t interested in getting her heart broken and JJ has *heart-breaker* written all over him. No thanks. After living with the uncertainty being in a military family brings, she will take plain, boring, and stable. Thank you very much.

But JJ won’t give up easily. He’s never been afraid to work hard for what he wants. Can he win over Quinn? Or will they both end up with broken hearts.