My current read: I been wanting to read this book; I love reading tomboy books…. but I’m still waiting on a book with Finn and some girl🤷🏽‍♀️…. Tomboy by @averyflynn.

***There’s a few spoilers thrown around here and there in this review*****
This book was awesome. I loved the Fallon is what Zack definitely needed, especially when it came to trusting and removing those walls he builds up around his heart. It’s funny how they already met, but up until he got sick they decided that they wanted each other. But you look at it you can know someone forever and once you two get together and hang out a connection happens. That is what happened with Zack and Fallon. Her parents and siblings already knew that Fallon and Zack were dating before they both figured it out which was kind of funny.

Plus; I understood why Fallon told those reporters what really happened between Zack and his stank bucket parents. Because for one he wouldn’t have done anything about it; which I thought was stupid his teammates would’ve cared and wanted to be around him regardless of his fuck-ups especially when it came to them losing. But you look at it all that crap on Zack mind with his parents is what messed up his focus along with when it got out about that fake crap his parents put out about his where they (Ice Knights) had a hard winning the game… but in the end I was glad that they ended up locked away for what they did they were some piece of crap.

I think a lot needs to be looked into younger kids – teenagers deals and contracts because people be taking their money. I am like Zack, “trust no one”…

But in the end everything came out good for him he got the loved that he needed from his teammates, Fallon and even Lucy. Including a baby…. and marriage., but what was funny was when they both wanted to ask each other about “will you marry me” 🤣 she had the ring in the muffins he Hhatesand he had the ring In his pocket… 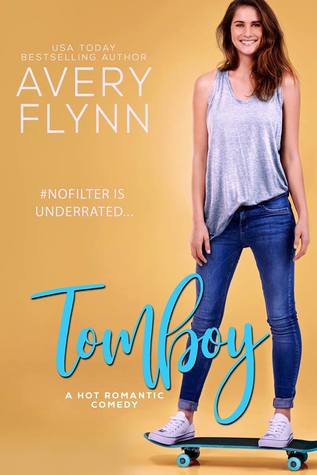 How exactly has one good deed landed me in the penalty box?

Ice Knights defenseman Zach Blackburn has come down with the flu, and my BFF—his PR manager—begs me to put my nursing degree to use and get him back to health. Of course she would call in a favor for the most hated man in Harbor City.

But when he’s finally on the mend and I’m sneaking out of his place, everything goes sideways. Paparazzi spot me and pictures, plus accusations that I slept with him, fly faster than a hockey puck.

At first, all of Harbor City wants my blood—or to give me a girlie-girl makeover. But then…the team finally wins a game. And now this fickle town wants me with the big jerk twenty-four seven.

Argh. I never slept with him the first time! But no one will listen. Then the grumpy bastard goes and promises to break his no-fan-appearances rule to help raise money for a free health clinic—but only if I’m rink-side at every game. That’s not a deal I can turn down.

But when the team keeps winning, and I realize there’s more to him than his bad reputation, suddenly remembering to keep my real hands off my fake date gets harder and harder to do.