Currently reading 📕….. Misadventures with A Twin., I’m still waiting on her finding out she smash the wrong twin. 🤣

***Not that many spoilers in this review**

I cracked up when he said, “my twin daughters better not date twin boys” that was funny. But I still would’ve thought that was cute twins dating twins.

But anyway, I really enjoyed this story. I was waiting until the ball dropped when it came to Colton telling Zara that he wasn’t Corey. I, too, understood both of them from him, not telling her who he really was and for her to get mad. But I felt that she had a right to be mad but also had no right to be mad. Because for one, she messed that up herself when she thought Colton was Corey because she assumes things by how Colton was acting. Then once she got to know Colton and learn who he really was, she figured out the difference between the two.

But I felt like all of that could’ve been avoided since he could’ve told her at the hotel he wasn’t Corey or when he went to pick up his necklace. At least, in the end, they figured things out and apologize for lies, etc…

Besides that, I wouldn’t mind if Colton twin brother Corey end up with a story of his own since he wants a happy ever after. That’ll be interesting… 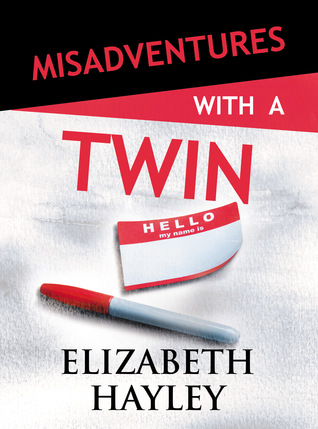 Zara Pierce has had a crush on Corey Jensen for years, but she’s never acted on it. When she sees him at their high school reunion, she decides to throw caution to the wind and finally make a move. The steamy encounter that follows makes one thing perfectly clear: she wants more of Corey.

Colton Jensen may have an identical twin, but he’s his own man. A self-proclaimed bachelor for life, Colt is set in what he wants and knows exactly who he is. Too bad Zara doesn’t. By the time Colton realizes his night with Zara was a case of mistaken identity, it’s too late to take back what’s happened between them. When a series of events drives him closer to her and stirs unexpected feelings, he must finally reveal the truth.

Can Colton and Zara find happiness amid a forest of lies? Or were they lost from the start?

*****
Misadventures is a romantic series of spicy standalone novels, each written or co-written by some of the best names in romance. The stories are scandalous, refreshing, and, of course, incredibly sexy. They’re the perfect bedside read, a ‘quick blush’ for the reader who loves a page-turning romance.