I can say this one is actually better than the second book to this series. 📖🥱⛓…

I finish this book so fast…🤣 like it wasn’t even a day like it was around 10ish maybe 11 pm when I started this and finish the book at 1:44 am. I stayed awake to finish it. That’s how good it was; I love it when a book keeps my attention. I was afraid that it wouldn’t since I wanted to read book 3… like so bad with Nick and Lexis 🤣… but knowing I may want to read this book before I read book three would be a bust since 9 out of 10 people will be mentioned in book 2 when I did start book three and even 4.

I got to learn who the world was Rohan and even El. Since I plan to read book 4 with them, you could tell that El has a thing for Rohan and what surprise me was that she gave him Bianca number. Besides that, I was glad when Dylan got the stick out of his behind. And realize that he has major feelings for his best friend, Bianca. Like you could tell that he cared about her when it came to Rohan. I had to smirk at this book when I was reading; because I was like ahhh now you know how your best friend feels when you shove girls all in her face.

Plus, Kristen, I figured she had an understanding of how both Dylan and Bianca felt about each other. She was fake, though, to pretend to befriend Bianca though she knew that Bianca didn’t care to be her friend anyway. In the end, she (Kristen) still didn’t get the guy that she so much wanted. Who she tried her best to make Bianca jealous. But in the end, Dylan broke up with her when he realized his feelings for Bianca was more than a friendship. 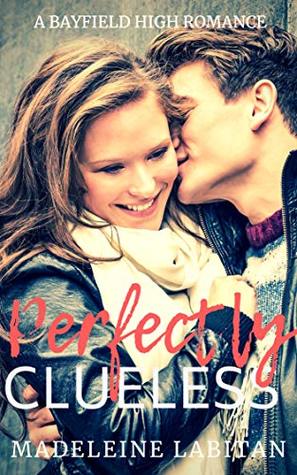 Bianca Hayes has been in the friend zone way too long. For years, she watched her best friend Dylan McCafferty go through girl after girl in Bayfield High.

Well, enough is enough. It’s time she stops pining over someone who will never return her feelings. A girl can only take so much.

So when another boy starts showing interest in her, Bianca decides it’s a step in the right direction.