I really like this book 📖….. I am definitely going to be finished with this one by tonight! If I don’t stop!

**I dropped a few spoilers here and there in this review***

Ugh, I need a Sloan and Amanda book now. Like I’m a keep saying, it is like every book to this series. 🤣😩….

Like where is her guy? Give her Jake (Alexis) brother or Sloan (Nick) best friend somebody, please…

But in other words! This is the one book that I actually couldn’t wait to read because, for one, I wanted to know what will happen between Nick and Lexi. Since in the book with her best friend Maddy, she was complaining so much about her boyfriend at the time, Josh. Who recently broke up with her over a text in this book, not wanting to come to see her and stuff. But I came to realize that Josh popped up a lot at the Todd’s Pizza place that she worked at to get her back and even brought a new girl once he figured that he and Alexis weren’t getting back together (Taylor Swift song)…

Uh! How come he didn’t want to come to visit her when they were in a relationship? I was glad when she figures out he was full of crap because he didn’t deserve him at all even if she was a certified clinger. One thing I didn’t like though…. ( which isn’t about Josh but Nick). Is that Nick let they girl be all over him (like had his arm around her! Without a care in the world knowing that at the time, he and Lexi were dating (sort of not a relationship) but dating! I was glad when Lexi told that girl off (with words; in a petty way) and removed her from Nick.

I also glad that he came to his senses that he wanted Lexi as his girlfriend because, like he told his best friend Dylan about Bianca, who is both he and Dylan’s best friend, he gotta go for his girl before some other guys get to her. That’s what he did. Nick listened to his own words and got the stick out his behind and got his girl. Because I understood where Lexi was coming from… and also where Nick was coming from…. she wanted a commitment, and he didn’t. He should’ve known what he was getting himself into and vise versa for Alexis… at least both of them came to an understanding that they needed to be in a committed relationship because they cared and loved each other a lot. Plus, Nick was way better for her anyways over Josh! 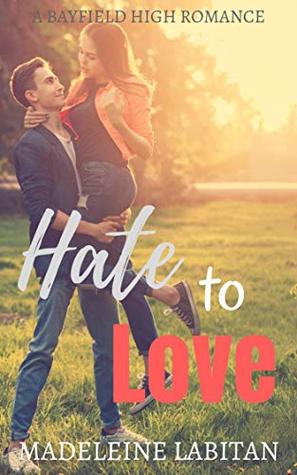 She thinks he’s a jerk.
He thinks she’s a brat.
But what happens when sparks fly between them?

After a bad break-up, Alexis Santiago intends to swear off boys. She’s determined to spend the rest of her senior year drama-free. Should be easy, right?

Nick Wilson is trouble with a capital T. Everyone knows it. Alexis definitely knows it. So when she winds up working at his dad’s pizza place, she makes sure to keep her distance.

But Nick isn’t making it easy. For some reason, he loves pissing her off and getting into her nerves. Riling her up seems to be his new favorite hobby.

When attraction starts to grow between them, Alexis finds it hard to resist him. But if she gives in, will he be willing to give up his bad boy ways?