Finally got around to reading this book. The being was kind of dual. But afterward, it turns out pretty good!!! I still plan to get the actual paperback book!!!

Okay. At the beginning of this book, it was ehhhh — kind of dry. After I kept reading, I wanted to know what else happens. Still, I was stuck in between what I felt for this book. This is why I gave it a four-star instead of a five like I do, mostly my books. With that being said…
I already knew that Erin was going to snitch when Noah kept coming to the school even when he volunteered in the class with Cara and his son… I mean, you look at it. They gave themselves away with how they were touching and making side-eyes. But they never touch when the kids were around… as Erin made it seem. But in the end; she was just jealous of Cara and what she had… her true colors came about when Cara started dating one of her students (Marshall) dad (Noah)… she wanted Cara position, but she didn’t even get it…. she did what she thought Cara did to get the job that she had (**cough*** come on the principal)… what she (Erin) got was a kick out the door for doing what she thought Cara did. Karma got her good because she knew she was wrong for spreading lies…

I also thought it was crazy to have those rules of a teacher can’t date students’ parents. When in reality, Cara and Noah were talking way before he/she found out that she (Cara) was his (Marshall) teacher, and he was his father (Noah). In the end, I was glad that Cara got her job back, and she came to her senses about how she wanted to be with Noah regardless of what happened with her job!!!!! 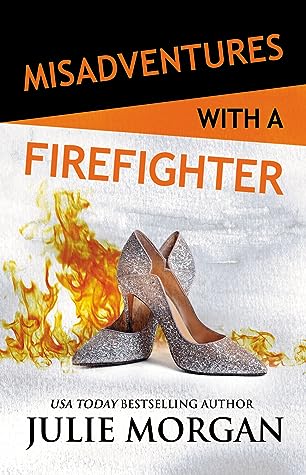 Cara Murphy is a New York City kindergarten teacher with a bright future and tenure on the horizon, and she won’t let anything—any man—distract her. She’s had her heart broken before, and she won’t make that mistake twice. She’s got her career to focus on, and being single has many, many advantages.

Noah Hughes is a firefighter with a charred heart who heats up every room he enters, but he lives solely for the happiness of his five-year-old son. When he crosses paths with Cara at a club, sparks fly, and they share a hot night of passion. But that flame is quickly doused during a surprise second encounter.

Continuing to see each other would truly be playing with fire, but Cara and Noah can’t stop. Still, Cara’s career is in jeopardy, and Noah’s heart is locked in guilt. Is there really a chance they could build a love that forever burns bright?

****
Misadventures is a romantic series of spicy standalone novels, each written or co-written by some of the best names in romance. The stories are scandalous, refreshing, and, of course, incredibly sexy. They’re the perfect bedside read, a ‘quick blush’ for the reader who loves a page-turning romance.