This is book 3 to the “boyfriend” series & I can say that so far this one is by far the best one. Out of the other two. Though I liked book one. But Nate got me gone in this book he is hilarious 😆🤣👌 I’m loving it!… especially when he disses the three Ashley’s for Cami… 👏🏽🙌🏽. & I can’t wait until he learns what Cami secret (I was about to give a spoiler here but stopped)… I can’t for him to learn her secret because I know he’s going to think she’s beautiful regardless. Though she thinks he’s going to run when he sees her without hair (wig) etc.

This book made me sad and happy I even laugh a couple of times.

But what I liked was how Cami met him in her last year of high school. He made her feel a lot of things that I was glad of because I felt like she shouldn’t want to kill herself because she didn’t want to live with cancer anymore.

The sad thing was she died from a heart attack. I knew when I read the end of that section in that chapter when Nate left her house to pick up his mom that she was going to die in her sleep. I felt it because of the way her heart was doing; the good thing is, at least she died happy and not sad. The sad thing is Nathan lost his true love.

But I think he’s going to find love again as I said that he was reading Cami letters. I was glad she told him to continue to live, be happy, and find love again. Towards the end well at the end. He met Zoe, and I hope that who he finds it in since she likes that same candy that Cami likes. I felt that Cami brought Zoe into Nathan’s life.

What I felt would’ve been nice was Nathan would’ve gotten a story with Zoe. At least. 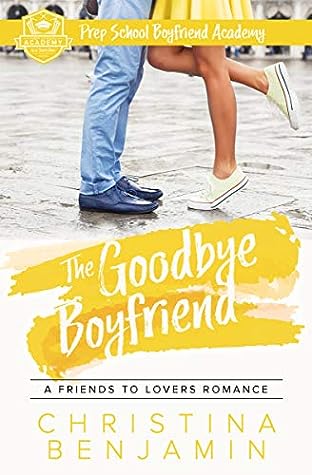 Why did he have to say hello, when she could only say goodbye?

Everybody likes Nathan Hawthorne. But he’s looking for more. More life, more love, more reasons to live. After the sudden death of his brother, Nate moves to New Orleans, hoping a fresh start will bring him clarity. His easy smile and California charm wins him the attention of every girl at his new school. Too bad he only has eyes for Camille.

Camille LaRue is a nobody, and she likes it that way. Her life has always been predictable. She has cancer. She’s terminal. She’s going to die. Cami can’t change her fate. The only thing she can control is how she’ll say goodbye. And that’s why she doesn’t have time for Nate, no matter how much her heart tells her otherwise.

When Nate says “Hello” to Camille, everything changes with one simple word. But how can she risk her heart when she only has a few measured heartbeats left? Luckily for Camille, Nate knows the best things in life are worth fighting for. He brings chaos into her orderly life, showing her just how much life she still has left to live.

A stand-alone love story about a boy who learns to live, from a girl who wants to die.
For fans of The Fault in Our Stars, 13 Reasons Why and Everything, Everything.