When I first started this book, it kind of started off blah. But as I kept reading it, it caught my attention more. I was glad I kept reading. “Just For a While”

So when I first started this book, it was dulled in the beginning. But as I kept reading, it got good. I was stuck between good and ehh when it came to this book.

Was I disappointed in this book? No, because it kept my attention. No one annoyed me in this book lol. I only thought that Charlie could’ve given her father a chance in the beginning. But she was holding a grudge without even asking him his side. So many kids would love that. But at least, in the end, they ended up talking, and she forgave him & wasn’t so mad anymore about what her mom told her about her father.

Plus; Misha was mean to Charlie, I was glad he was man enough to have a talk with her about why he did what he did. Because I felt that he shouldn’t have got mad at Charlotte because she kept Olivia being pregnant from him. When she was only looking out for Olivia, I glad when he understood that and went back to get his girl because he knew that Charlotte the one for him not only that I hope that Olivia and Misha’s mom comes around and become a better mother. Because that lady is horrible, especially when it came to her husband vs. her son smh 🤦🏽‍♀️… the way I saw it Daniel was the mother thought he was a father figure to them because their father died and he once dated their mother.

Besides that, I FREAKING love ❤️ Misha’s name..😩 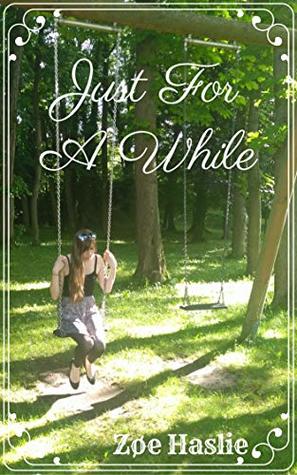 Charlotte Harrington is capable of love, but the feelings of love, of letting anyone close to her, scare her.
Seventeen-year-old Charlotte’s life turns brusquely when her mother sends her away to spend the summer before college with her father—a man she knows nothing about and cares even less for. Thus, forced by a promise she made to her mom, and having secretly thrown her future away, Charlie finds herself stuck for an indefinite time in the coastal town of Rosetown. Moving in with Daniel proves to be a challenge for both of them, as she will undo his every attempt to get to know her.
When Misha Breckenridge literally bumps into her life, along with his mesmerizing black eyes and his challenging ways, Charlotte finds herself stepping in quicksand. Despite her resolution to keep everyone at a safe distance, Misha will soon find his way into her heart, making her lower her guard and open her long-closed heart to love.
As the summer unfolds, Rosetown and its memorable inhabitants inevitably start to grow on Charlotte. But, will she ever manage to forgive Daniel for walking out on her and her mother?
“Just For A While” is Zøe Haslie’s debut novel, a tale of love, friendship, struggling family relationships and, above all, forgiveness.