Ohh I can’t until she learns his true feelings! & who really wrote that poem…

Other than that, it was good. Kept me wanting to read more. I was glad that Hayley didn’t fall for Owen bull-crap, and finally figured out what type of person he was. I mean, everybody was telling her how Owen was, and she finally saw his TRUE colors. & realize how amazing Ethan was after she fell for him though she was blinded by who Ethan liked. I mean, his best friend Isla was giving her so many clues as to who Ethan wanted, but clearly, Hayley couldn’t figure it out. Even after they broke up (fake relationship), she still thought Ethan liked some other girl (Laurie), and only time she knew he wanted her was when they were on the way to prom, and he had candles lit. But he had to tell her who the girl was.

Which was her. Smh! I was glad she figured it out and understood which brother she needed to be with. But what I wanted to happen was him telling her who that poem was written about in seventh grade. 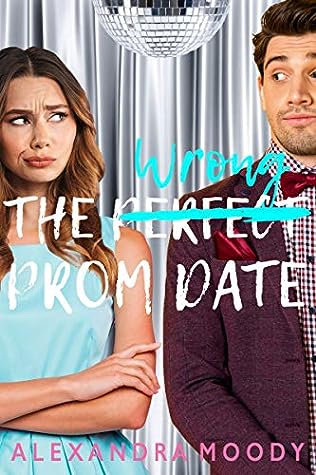 Can a fake relationship land her the prom date of her dreams?

Hayley Lawson had no chance of getting a date to prom. Thanks to a rumor gone wrong, the boys at school were all convinced she was only interested in dating college guys. She certainly wasn’t holding her breath waiting for someone to ask her to the big dance.

But, when her long-time crush returns to town, Hayley’s hopes of landing her dream date suddenly reignite. Owen Beck was everything she ever wanted in a guy, but after years of waiting, she couldn’t rely on fate alone to bring them together. If she wanted to go to prom with him, she was going to have to put her heart on the line and ask him herself. Her promposal doesn’t exactly go to plan though, and when Owen’s twin swoops in to ‘save’ her, she ends up in the arms of the wrong brother.

She might still have a chance with Owen though. Ethan knows his brother better than anyone, and he seems to think a bit of good old fashioned jealousy might just get Owen to ask Hayley to the prom himself.

A few weeks faking a relationship shouldn’t be too hard. After all, Ethan is nothing compared to Owen. Right?