Currently reading 📖 “while you were flirting” now I see why the title is called what it’s called. I also like this book better than the last book I read!!

Spoilers.. here and there

What a surprise I didn’t know that Nolan was Max’s brother. Well, stepbrother, and been saying I can’t wait until Nolan gets his book. I see why Nolan’s book is going to be last since Max is his stepbrother. Probably more friends are coming in before him. Hence, Nolan and Seth are best friends, and Max and Liam are best friends. Interesting!!

With that being said… I liked this book I wasn’t disappointed at all. To know who the girl that Max chased in the book with Liam and Ava, which was Angel. It was interesting to know.

I was glad that he figures things out and stopped trying to be a player (well more so running from his feelings) Angel helped him with that and he helped Angel with her fears of driving. I think they worked well together. Not only did they work together. But even though they were opposites, they were meant to be.

Even with everything that they said to each other when it came to their feelings, you could tell both of them liked each other. Even Evan and Emma, the founders of the school, saw that in them, especially Emma. I was surprised how Seth never popped up in this book since Evan is his cousin. I’m trying to think was Ava the one that got adopted by them.

Was probably didn’t I can’t remember if it was this series or not!!! But I liked the fact that they both liked Angel and Max… and to also give Max a chance at the acting gig was great for him. I can’t wait until I read the next book to this series about Juliet and Jaxson. I know it’s about to be good and interesting!!! 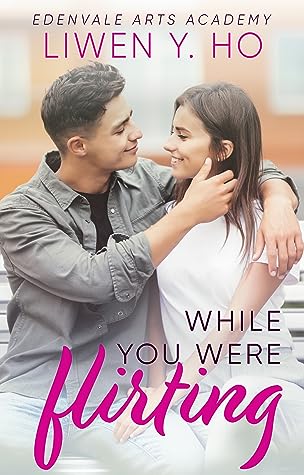 Spoiler alert: Spending time with a player can mean only one of two things—getting your heart broken or falling in love.

Ever since my ex dumped me while I was recovering from a car accident, I’ve avoided both boys and driving like the plague. But I’m determined to finally face my fears. So when a guy approaches me with a deal—driving lessons in exchange for tutoring sessions—it sounds like the perfect solution.

Except that this guy is Max Parker, the school flirt.

After my parents’ sudden divorce, playing the field seems like a safer bet than commitment. The idea of spending time with one girl never crosses my mind … until I meet Evangeline Evans. Not only because I need her help to pass precal, but also because I like who I am around her.

Now, I need to work up the nerve to show her the guy behind the reputation, so she’ll trust me enough to let me close.

The Edenvale Arts Academy series brings you the sweetness and innocence of young love amidst a backdrop of the performing arts. Combining creativity and romance, this YA series is perfect for fans of swoony kisses and sigh-worthy happy ever afters.