I like reading a book that can keep my interest. I’m almost finish reading this book. I do wonder if there will be a third book. Since this the first book and I already read the second one!

This was a great read interesting how they met. 🙃

Spoilers? Hmm maybe? Let’s see! There could be a lot of splashes 💦 here and there. 💦📖

I liked this book. I don’t think I would’ve ended up disappointed when I did start reading this book. Because for one, when I first started, the book caught my attention, and I didn’t want to stop reading because I wanted to know what will happen next.

Not only that, but I was also glad that Rylee found well more so Aiden randomly popped up at her house unexpectedly. Though neither of them knew that (Aiden was going to show up, though he brought his sister Krystal there for the Christmas lights and decorations) whereas Rylee spotted him outside of her street in front of her house.

But the only bad thing about when they saw each other again. Her aunt was horrible towards Aiden and his little sister, who has a disability. I wouldn’t say I liked it one bit. I like that Rylee put some sense into her aunt’s head because I think she needed to hear what Rylee thought. Plus, Rylee was ignoring her too. But what I did like was the apology that Rylee’s aunt gave Aiden about what she said about them both especially his sister. Because of how she was feeling when it came to her son that was talking from her, who also had a disability who didn’t live long and died at four months. That was just sad.

I did like that Rylee’s aunt invited Aiden and Krystal over to make Rylee Christmas better. Since technically she did ruin it and also her parents weren’t coming until later because of the weather. But she (Rylee aunt) invited Aiden’s parents and grandparents over, which was good. Rylee’s parents finally came, and they liked his mom’s candles, which was a good thing. Because I thought she could make a living off of selling candles.

It also sucked about his dad, but I also thought disabilities and health issues might run in his family. Which so sad, especially with his sister. But I thought she was adorable. 😍 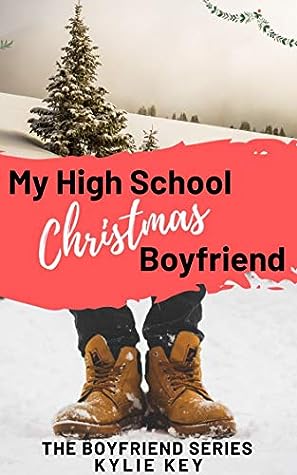 There I was, starring in my very own fairytale, dancing with a handsome stranger at the Christmas Winter Dance.
But then, in a Cinderella reversal, he was gone!
And I was left musing over the boy who had set my heart on fire.

Can I find him again, and will I get my happy ending with the boy from the Christmas Dance?