Coming off from reading book 5; then reading this description… I already know this book going to be something else. I can’t wait 🙌🏽😃. I especially want to know who Rachel going to pick ‘I swear’; I think it’s Eric yuck 🙄 not only that I’m curious about who kidnapped Tayah… & just hope Dominic doesn’t give in • to A’Moree yuck… l just hope his best friend (A’Moree brother) doesn’t have anything to do with his (Dominic) wife kidnapping… UGH… that would suck

This was actually a good book #gofigured

I’m going to say this I already knew Rachel had a thing for Eric and was going to contact ERIC more than she did SEAN. Because even though she contacted Sean a few times, she still was contacting his brother behind everyone back, and if she wanted to fix that relationship she would’ve tried harder, she didn’t. I sure didn’t blame Sean for doing what he was doing with Kellie, but he realizes that it wasn’t right and did try to fix the relationship with Rachel, but she ignored him and went to Eric instead to Sean… humph… I didn’t feel bad for those names Sean called her because she wasn’t stupid; she knew what she was doing didn’t regret it until she was caught red-handed. But at least, in the end, Sean apologizes to Rachel for all he said to her and also him giving Eric permission to go for Rachel. Though I felt like everyone kept thinking everyone was bashing Sean for what he did but didn’t say anything to Eric and Rachel knowing they were wrong for both that KISS and SEX they had.

Not only that I was glad that Tayna was found… I figured that Black Ice (Edison) <<< I just thought it was him when that phone call was being made. Because the one that person follow Nixon and it already stated someone was working in the force for Black Ice when finding out Black Ice was Edison… but you come to think about it Black Ice wasn’t even about that freaking LIFE. Like dude went out like a straight coward by killing himself. But at least Mackey found Tayna when he found out that well more is seen A’moree getting abducted by two men. If it was for him coming to get her (Amoree nobody would’ve found Tayna), but the funny thing is A’moree being on her thotness and trying to seduce Dominic. And even I was going to say this blamed her brother Sanchez about raping her, but in reality, she seduces him when he was sleeping in the same way she did with Dominic. I’m glad Sanchez was there to stop what was bound to happen between Dominic and A’moree. A’moree If you think about it got what she deserved all that crap she was doing lead her to be abducted/kidnapped and sold to a sex slave somewhere. I feel bad that happen to her, but I bet she can’t seduce those evil men the way she did everyone because that situation she got her self it was karma for her being a con artist and manipulative got herself in a bind. But hey you do dirty you end up with something terrible happening to you.
But I’m glad in the end everyone is doing good with themselves especially Sean for what happened to him and Eric for the HIV situation he came out a FREE man with that test. I figured In book two he didn’t have it. Plus; I knew neither Paxton wasn’t going to die in the end also glad that Leroy became an actual father LJ was looking for because Leroy was hateful to everyone and I’m glad he apologized and especially to Mackey who finally got rid of his obsession with his ex-wife. But I’m still trying to figure out how Eric didn’t catch the HIV if he bangs that woman unless he used a condom because he didn’t say well admit he didn’t use it just made (did a look) because of himself being sexually active with the HIV girl.
& for A’moree, you do EVIL; evil comes back on you… But it sucks that Sean is not looking to get married to in a relationship wish it was a story on Eric and Sean plus Rachel see what happens there. But oh well… (meaning will Sean find women who love him ONLY). 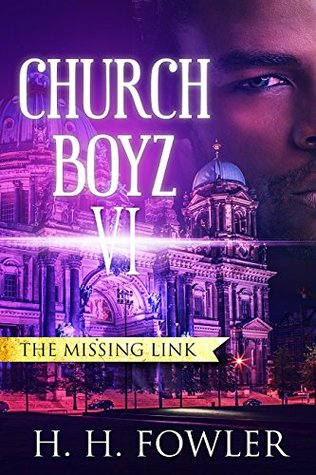 Book 5 left readers with the question: Who really kidnapped Tayah Housten, the daughter of a prominent bishop who suddenly goes missing after the first few hours of the new year? The police are on a wild goose chase trying to find her, only to end up running into one dead end after the other. Hope seems to spark when Leroy receives an anonymous email from one of Tayah’s captors, demanding millions of dollars for her release. The catch: Leroy is to negotiate alone. No police, no family, no friends. It is a race against time to rescue his daughter. Leroy certainly has the power and the means to deliver, but will he take the bait?

Meanwhile, Tayah’s distraught husband, Dominic Housten is fighting hard to keep his sanity intact, especially when he finds himself being questioned by the police for foul play. However, his sanity is further tested by the incomparable seductress, A’moree, who will stop at nothing to make Dominic bend to her wiles. Even if it means she capitalizes on Tayah’s disappearance and exploits the secrets between her and her brother to get the job done. With Dominic being so vulnerable, she is confident her plan will work. But will Dominic give in?

Even in the midst of everything going on, Eric, Sean and Rachel still find themselves in a frustrating love triangle. Rachel wants to make a decision but both brothers are making it impossible for her to choose between them. Someone, however, will get hurt, because there is only one man who Rachel truly wants. What will be the last straw that will push her over the cliff towards one of the brothers?

As the plot weaves in and out toward an unexpected twist, the Paxton family’s faith is put to the ultimate test. Lust, murder, greed, lies, betrayal – all take center stage. It begs the question: Who will be left standing when the dust settles? Join H H Fowler in this riveting final showdown between good and evil.