I thought for sure I wasn’t going to finish this book. But it was so interesting that I stayed up late… had to make myself stop to get some sleep. 🥱😅….

Perfect together since Mason was taking to dang long ugh!

•Spoilers? Ehhhh.. probably not that much!!!

So okay! I will say this I could tell that both Piper and Roman liked well more so were falling for one another since they were always together and getting to know each other. Their feelings got worse when they had *** with each other.

Plus, he (Roman) didn’t push Piper away like he did most girls. Even before they started hanging out, he always watched Piper. The same way that Mason did, but the way I saw it Roman had bigger ba//s than Mason ever did. Because Mason got the stick out of his a$$ when he saw that Roman was paying attention to Piper and was checking her out… so he had to claim what he thought was his, which she (Piper) wasn’t since she was Roman’s since the holidays.

Not only that, Roman kept pushing his feelings away and denying how he felt towards Piper since he figures he wasn’t worth anything! I was annoyed by that but understood because if you feel that way and people keep saying that, that is what you’ll always assume about yourself. Especially since he was a known trouble maker anyway. But you look at it. He was different when it came to Piper and Maddy (his niece).

I was glad when Piper finally broke it off with Mason because that relationship wasn’t going anywhere for either of them. Since she was in LOVE with Roman and he was with her. I also was glad when he FINALLY understood his feelings and admitted to her at the end of the book about he wanted an actual relationship with her. 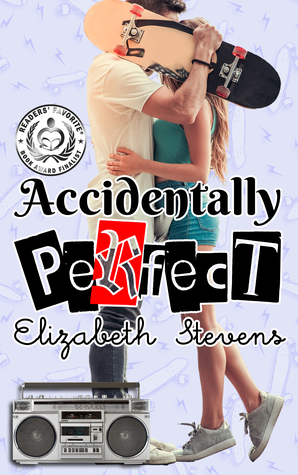 Sometimes, you say everything when you say nothing at all.

I feel like I should have the perfect life, that I should never feel down or alone in the world. But, so sue me, I do. I keep it hidden, pretend everything’s okay. Because who would believe Piper Barlow could have issues?

Everyone’s convinced the hottest guy in school’s going to ask me out – that Mason and I would be the perfect couple, that he’s my John Cusack. Except, he hasn’t.

One holidays, I find myself hanging out with the resident underachiever, and he surprises me. With Roman, I don’t have to pretend that little Piper Barlow is perfect; even if we’re both in a foul mood, just sitting in silence together is perfectly enough. Until it becomes more.

But, Roman doesn’t do more. Does he…?

What do you do when you accidentally find perfection with the wrong guy?
You fight for it.

Accidentally Perfect is a Mature YA novel about finding support in the least likely of places, never giving up, and learning that being the real you is always perfect. Please be aware that this story is set in Australia and therefore uses Australian English spelling and syntax. Not recommended for younger readers due to mature content.

Mkay, I thought both Cain and Harper was good for each other, But God his name reminds me of the Ken doll, and some author name in a movie I can’t think of.

I was so aiming for Harper not to give Cain her V Card before she found out that she was competition and was placed as the tenth girl. But throughout him trying to rear her in to get what he wanted he (Cain) fell for her hard. Then he didn’t care about that competition that he made when he and his friends were a freshman. All he cared about was Harper; you could tell he cared for her after a while because. She even gave me the opportunity to take her V card, but he didn’t he pleased her differently. He wanted to take his time and be with her. But his friends ruined it for him. Though; I think if he would’ve told Harper about the competition they wouldn’t have broken up. Harper had a right to be mad at him. I hope that though he will go to college, he finished out his degree at the college. Because 9/10 most athletes don’t complete a degree then end up hurt with no backup plan.. but in the end, It was a cute story, glad it ended with a happy ending… 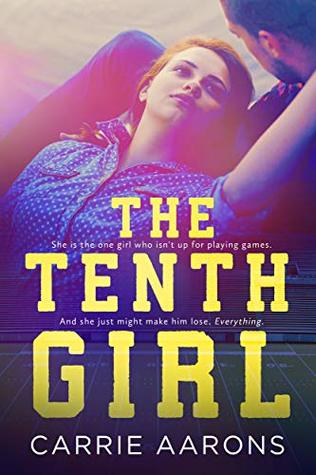 For Cain Kent, that rule is golden. Losing is not in his vocabulary, and up until now, everything has come easy. Football, school, girls … his charm-laced ego may just be bigger than Texas itself.

The competition he started freshman year with his friends, to make ten notches each in their bedposts by graduation day, is practically in the bag. One more to go, and then it’s off to college fame and eventually, the big time. Attachments aren’t something he wants to form, but when the quiet new girl challenges him in front of his classmates, his curiosity is piqued. She would be the perfect final score, and what fun to break her in the process.

Too bad Harper Posy has no intention of being just another warm body, especially to the bad boy quarterback. Even if he does quote Forster and Huxley when no one is listening. An aspiring author herself, Cain and his hidden soft side are dangerous to her heart. She’s seen men ruin her mother’s dreams time and again, and she’s determined to fly far away as soon as she has that diploma in her fist.

But as the school year’s end looms closer, both realize they didn’t quite understand the rules to begin with. Is winning a dirty bet worth the gamble when the stakes, or the other’s heart in this case, are so high?

Harper is the one girl who isn’t up for playing games. And she just might make Cain lose. Everything.

Just started book two of the “The Sunday Lunchers” by Julia Keanini. I was so confused at first when I started this book because I didn’t know what the girl name was because it wasn’t mentioned in the description. It was brought up in chapter two.

It’s was a good book

••• Spoilers throughout this review••••
So myself is here like REALLY? So they mad Rhys whatever how you say his weird name. Is madder at Anna, but all of them worship the damn grown that Aya walked on when she randomly brought herself back. After the fact that she abandoned both Rhys and her baby. Her own gramma even disrespected Anna, and her father acts as he has no say when Anna is disrespected. Neither of them doesn’t know how Anna, feels or what she’s going to especially with her being “Anorexia, puking up every time she eats food. It’s like her family doesn’t see the way she feels. Even, Rhys, it’s like they turn a blind eye, he even pushes Anna to the side when Aya came back. But now that Aya took his daughter AB, and she traded AB for money. He hates her, smh like really? You knew she had problems with drugs etc.? You trusted her 100% more than you did Anna and didn’t want Anna close because she may leave out of AB life, but Aya comes back it not a problem smh. The stupidity of some people. I didn’t like the fact he blames Anna, for AB disappearance; I understood that she could’ve taken the baby from Aya if she wasn’t so damn scared of Aya telling her family she “Anorexia” and puke up her food. But it’s really not Anna fault you as a person doesn’t know if that person will do such a thing. But now everybody doesn’t trust Aya; HA mkay… watch how quickly Rhys will want to date Anna after the fact everything is settled once AB home.

So the book Rhys name is actually pronounced as “Reece” what the what it would’ve been better with the normal one instead of confused one. Blah, lol.

I just don’t understand like I don’t get it; it’s nothing like the first one this one is a bit weird because it didn’t tell anything about them wanting each other like Lacey and Tucker. It’s was based on Anna puking; having a crush on Rhys; loved his daughter and taken care of the baby more than anyone including Aya (her cousin who also the mother of the child). It talked more about Rhys, his daughter, and Aya, with Anna being a mute and only back talked in certain parts of a chapter. But why do they always end up waiting until the end to get together like ughhhh ten years later? I bet the next book the same if so I’m a be disappointed.
10 YEARS LATER (Like an episode of SpongeBob) ugh! 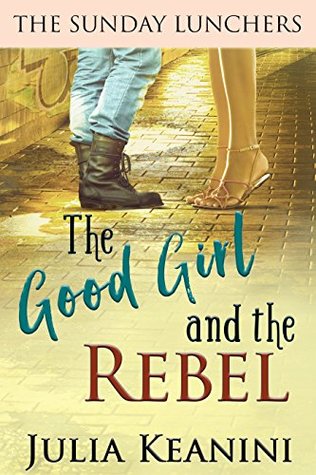 There’s a reason why the good girl shouldn’t fall for the rebel….

The plan is simple. Be an ideal student in every way and become a heart surgeon at John Hopkins. So far, the plan is going perfectly. I’m a 4.0 student, captain of my school’s prestigious trivia team, and we are on our way to winning Nationals.

The problem? Rhys Blackburn. I knew liking him was stupid. He was the opposite of everything I was. After he graduated, I assumed he was out of my life. But you know what they say about assuming.
Instead, all of his gorgeousness and broody ways are only a room and a bathroom away and with him come some complications. Major complications. But it’s fine. I don’t have to be affected by his soulful brown eyes or his devil may care attitude. We can live in the same house and nothing has to change…right?