I liked this book it was; different than the others

****There’s definitely spoilers throughout this review:*****

<i>Omg, I’m here like Mr. Brandon, why they are talking about the counselor from books 1-5 in this series. Come to find out Blake is the actual guy who spoke to those girls (Lacey, Jamie, Audrey, Tina & Anna) through their eating disorders. Because In one of the books it mentions how he had the same problem in school and comes to find out he was the dang counselor.</i> <u>I was here ‘lost’ wondering who’s “Sara” was and why a book was written about her… I thought I had seen her name in at least two or three books to this series… during the girls counseling sessions. But I can’t place her.. but then my brain is telling me in one of these books her name is mentioned when Mr. Brandon talked about his wife. </u>
That is crazy; I liked Mr. Brandon in book 1-5, and dislike like him 2.5 seconds when he let dust bunny Britney and her friends bully Sara! I think he could’ve to help Sara! If he actually did care for her. The way he went about it hurt Sara so bad especially all those evil things they did to her. I couldn’t blame Sara for not wanting to talk to him and not deal with him. Run away when he comes around. I too think why are you here, trying to ruin my life again. But I cannot wait until he apologizes and explains to Sara why he did what he did when they were in high school together.

I’m still mad about that set up that was the plan. But I was wondering how they played that setup so well when (well, how they know Sara was going to the bathroom at the particular time)… plus Darla and Jared were both a piece of crap too. I definitely wanted to smack them both with Britney…

I like how Blake finally gave Sara an explanation of why he couldn’t tell her or diss her “treated her like crap” as he said., I knew Britney was EVIL but evil enough to put Blake eating disorders out was pure evil if that was the case behind him treating Sara the way he did. I still said he was DEAD wrong!

But glad in the end, she knew that she should’ve forgiven him a LONG time ago; especially behind the reason, he did what he did. I also, knew that it wasn’t planned for Sara to find Blake passed out! Ha, Britney saw Blake changed because of Sara; what a hater. Glad, that Sara got Blake in the end. #truefacts
​

The Nobody and the Popular Guy (The Sunday Lunchers Book 6)
by Julia Keanini https://www.goodreads.com/review/show/2663887206 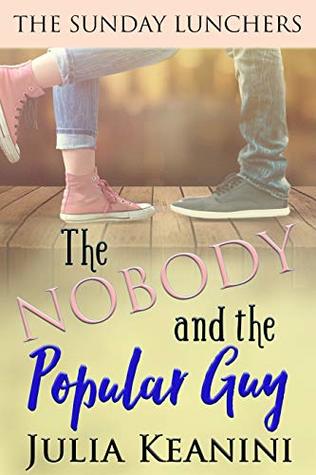 Sara is a good girl with a good life. But in high school that can sometimes be the kiss of death. She knows she should be happy with the way things are, nothing is wrong in her life, but she can’t help but feel like something is missing. But it looks like that hole might become filled when she almost trips over Blake Brandon.

Blake knows image is everything and he’s figured it all out. He’s the star wrestler, has always dated the right girl, and has the right friends. But when the pressure of keeping everything the way it appears gets to be too much, Blake turns to an unlikely source for help- Sara.

Will Blake realize Sara’s crush on him? Will Sara figure out Blake’s secret? Or will they be driven apart?

A sweet YA romance with lots of heart.

* This is a new release of an edition originally published as Skinniness is Next to Goddessness? Sara’s Story of the Skinniness is Next to Goddessness? series. The Nobody and the Popular Guy is a new edition with bonus additional content and a new cover.
* The Sunday Lunchers series is a good read for all ages but delves into issues like eating disorders, bullying, and death.
8 Feb 2019Leave a comment

Just finished book 5? Of the Sunday lunchers. This is the one book I really wanted to read from this series…

So I have wanted to read this book for a while now because I wanted to know Audrey story. I am glad that I got to read her story. Which was so different from the other four girls… like I think this book was a book five idk but anyways!

It sucks that her friend Molly didn’t believe anything that “Katie” at the time said about her dad. But what it was Molly is just like her father and wanted to get in denial … I was glad that Audrey got out of her shale and became stronger than she truly was.

All it took was for Brent to come into her life again and give her that spark that she needed. I was also glad that she put Chris in his place. Because he almost ruin things for Brent, but Brent became a police officer, and Dylan became an investor… so I figure football wasn’t their calling. Not only that I was glad that In the end Dylan and Jenna finally got together. Because they wanted each other as much as Brent and Audrey each other.

I was glad that Audrey became stronger when her abuser (her ex-best friend father) came into her new home and tried to hurt her. In the end, I was glad she used her business degree to open up well more so to help those women who are a victim of abusive relationships, family members; ransoms, etc. I like stuff like that especially for women because it gives us women to protect ourselves from the evil of the world. That’s something I always wanted to do (boxing; martial arts, work out exercises) never know when you might need to kick somebody butt.

& I was glad that Audrey kicks Gary *** in the end. She needed to be happy; I also understood why she didn’t want to be called by Katie-Lynn, especially when he called her that name. Audrey was a way better name for her. I can’t stand men who prey on children yuck!!! For her friend to blame her at the age of thirteen saying she wanted to be raped by that man is just disgusting… I wanted to slap her ex-best friend, Molly.
​ 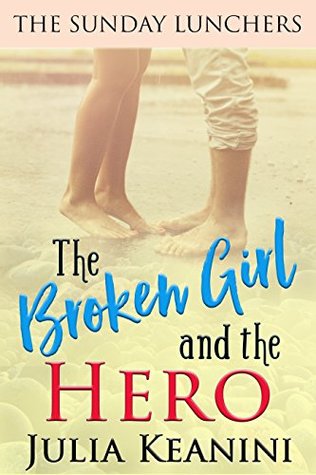 I’ve been broken. Physically, mentally, spiritually…broken. And I’m okay staying that way as long as no one breaks me ever again.

Or so I thought. But then Brent, the guy who rescued me and saw me at my worst, walks back into my life. He sees me, the real me and he doesn’t seem to be going anywhere. But the last thing I want is for anyone to see me. And as part of me wants him to stay far away and leave me be, the other part wonders…what would it be like to be whole again? Could I be whole again?

-This book follows the story of a survivor of kidnapping and rape. There is no graphic content, but the book may not be suitable for all readers.