Another one of my reads that I have to finish …..

I didn’t even realize that it was a book way before the others. I clearly would’ve heard about well I think I did heard about Cassie wait for no; I believe it been Jess yes, I that other book with his friend. I think but not only that Emerson and his sister best friend way before their book came out.

At first, I thought I wasn’t going to finish this book at all. But I realize I need to stop reading certain books when I am half asleep and really tired because I began not to like the book. But in reality, I liked this book! & was glad that Cassie (who got my name by the way) well more so sort of nickname) though; I bet her real name is Cassandra… I lost track so back to what I was saying I was glad that Cassie & Liam were gotten together in the end. & glad he finally admitted he had feelings for her, but she never admitted to him that it was the same for her! But maybe he knew in the end!

Btw, I’m trying to think was there a book with Luke in it… I believe so but I’m not sure since I’ve read this series a while back and completely forgot, but I do remember Noah, Emerson & Juliette… & Jess best friend! Then boom I realize Luke ended up with Ashlyn 😌 I knew one of the guys ended up with her lol! 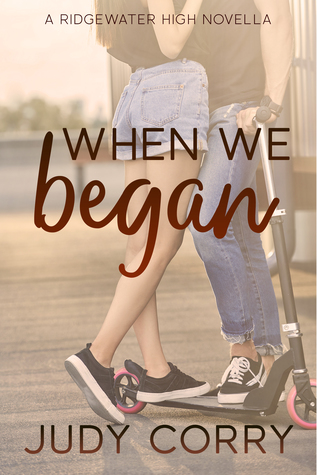 What’s the first rule when staying at your best friend’s house for the week? Don’t fall for her older brother.

I never paid much attention to my best friend’s older brother until he refused to kiss me.
After that humiliating day, I promised myself that Liam Turner would regret ever making me feel less than worthy.
Now I’m stuck spending the week at his house.
But that’s okay because I have plans to find my next summer boyfriend and show Liam just how many guys want me.
I didn’t expect Liam to suddenly be charming. And since when did he get so hot?
A practice date seemed like a great idea—a way to show Liam what he had missed out on.
Falling for the enemy was not on the agenda. 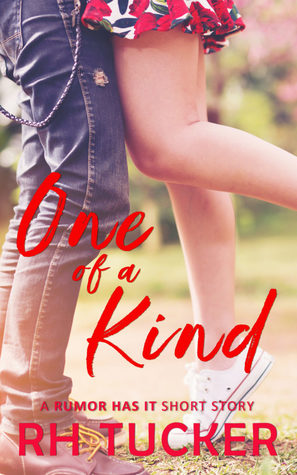 Paxton Humphries is Woodbridge High’s resident emo-art freak. He’s heard every barb and insult in the book and has learned to roll with the punches. Literally. His best friends know who he really is and that’s enough for him. Sure, it’d be great if braggadocious jocks like Will Jones didn’t make fun of him or always get the girl. Especially incredibly smart and cute girls, like Desiree Williams. A girl he was just about to ask out at the beginning of the year, before Will beat him to it.

Desiree tells everyone Will is nice. And he was, er, is. He can be nice. She should be happy, dating one of the most popular guys in school. So why has she found herself feeling much more comfortable talking and laughing with Paxton during their class, than when she’s actually with her boyfriend? And why can’t she stop staring at his lips or that lip ring?

One of a Kind is a short story, based in the Rumor Has It series. It takes place before Book 1, but offers no spoilers and is a complete, stand-alone story. One of a Kind is exclusive to the author’s newsletter subscribers.

This book is actually awesome 👏🏽 like dang I should’ve been read this 🤷‍♀️ ……. this book is hilarious, great, the main character (female) not annoying 💪😱👌🏽👏🏽 #yassssssssssss that’s a plus.

Busted Play, was actually a good read and I know book 2 will be just as juicy. I love both of Melanie and CJ story.

I liked how the story started off from Melanie getting put out by her bum of an ex. He was one cruel man. To actually do that to her, I was glad that CJ took her in to help her get herself together. But in the end they both fell in love with each other, they both help one another out in the end. Plus her being her physical therapist (he was definitely judgemental though once he first saw her, instead of actually getting to know her.) but heck they both were judgemental.

One thing I was glad of that she actually told CJ how her father abuses her, and no one else actually believes her, but a complete stranger actually did. Her family is in denial which sucks. I was glad that she found something in CJ and he in her. Like I said I cannot wait until I get a chance to read part two. I actually read a little of chapter one that was in book 1. Though I shouldn’ have, because I really want to know what going to happen in the end, I already he’s going to get Melanie back in the end.

Love, book 1 definitely will recommend it, it was one hilarious book. 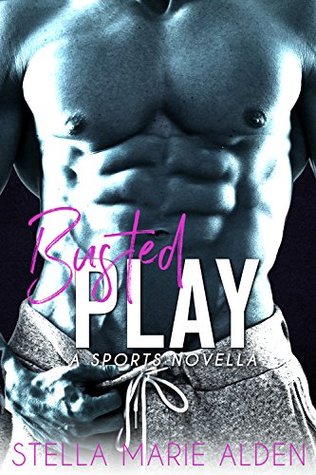 .
.
.
.
this sounds like my family when Jax says “you gotta be fucking kidding me”

She’s my physical therapist, a nice girl from Iowa, and I don’t do nice.

It’s none of my business that her ex locked her out and took everything she owned. What am I supposed to do? After my unfortunate accident, social media is all over me, just waiting for my next mistake. I even offer her money and she refuses, suggesting I’m trying to buy sexual favors.

Now she’s got this cockamamie idea that she could get back on her feet with a wedding and needs a fake groom. As a married man, that million-dollar advert deal could be a shoo-in so I offer my services. What I don’t figure into the equation is those sweet baby-blues. The minute they focus on me, I’m toast.

Warning. This novella contains graphic language, steamy, sexual scenes, and respectfully deals with the delicate topic of a woman recovering from childhood abuse.