Finished this book yesterday well more like this morning. I started it yesterday. It was really good couldn’t stop reading it. I’m a read the next two books to this series real soon

Carter ❤ Emma
>>>Just a few spoilers here and there><

This book was really good. I stayed up all night reading this book knowing that, I needed some sleep, but I had to finish this book.
There story Carter and Emma, the story was adorable. They were both polar opposite but still one in the same. I was hoping he would’ve told her who he was by chapter 20-25, but she didn’t find out until the end of the chapter which was in the 30s. I ass glad Emma wasn’t mad once she found out who he was. I was glad of that because she knew that she was DEAD WRONG when he did come and didn’t stand her up like she thought he did. I wouldn’t have told her either if I was Carter, the way she spits and chews him out. I see why he aborted the mission and took a long time to tell her. But he was giving Emma so many clues to who he was, and she did know who he was and he knew her. But she wasn’t getting any of the clues. But now I want to read the story I hope that is about Matt. 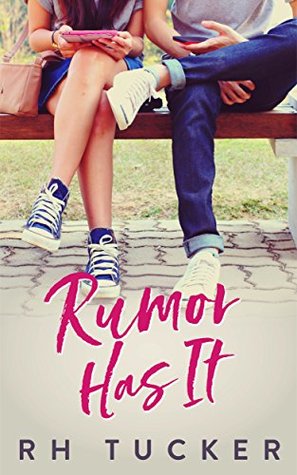 Carter Dixon deals with rumors every day. That’s the way he likes it. One little hookup, combined with a bathroom scandal during his homecoming dance, sent the rumor mill into overdrive. Now he’s The Man. At least, as far as everyone believes. Who cares if he’s not really what everyone thinks. But when he accidentally texts the wrong person, he starts to wish he’d never let the rumor mill run rampant.

Emma Sanchez couldn’t care less about high school drama. Senior year is halfway over, and she’s only focused on applying to a good art school, graduating, and not getting involved. Okay, there is the occasional boy talk with her best friend. Then she gets a text message from an unknown number and starts to think maybe there is a guy out there, unlike every other high school boy. Especially guys like Carter Dixon.

One wrong number can lead to the right person.