I had started this book a while back, but somehow I ended up bored…. then stop reading it…. but what I am glad for is that I actually went back and continue reading this book because it’s actually a good book. I was glad well more so her (Kenzie) best friend Veda actually told Gavin that Kenzie liked him…. but I was still glad that they got around to actually telling each other how they felt about one another. I believe that it’s good actually to admit to someone about your feelings. But also it’s a scary thing too; because for one, that person can tell you they don’t like you back….. it’s a good thing they both wanted each other…

That Claire girl was horrible; I thought she was JEALOUS of Kenzie was Kenzie got something she wanted which is Gavin…. but it’s interesting to know that Gavin kept being around Claire when he didn’t even want her he could’ve told his best friend Cory he didn’t want to be around Claire…. but I am also glad that Cory found out about Kenzie and Gavin… because it was long overdue plus it’s good that he also accepted them being together… 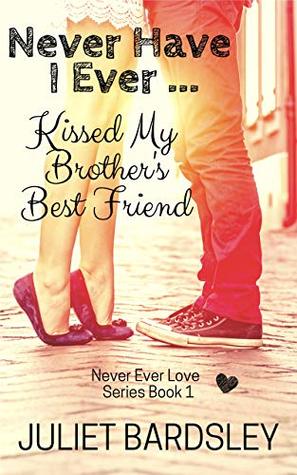 She’s crushed on him for the past six years. He’s always seen her as his best friend’s little sister. What happens when they’re forced together?

Gavin Mitchell is a star soccer player, the best looking senior at Cedar Oaks High, and a potential recruit for the college of his dreams. But if Gavin doesn’t raise his English grade, all his plans of playing soccer for his dream school will be crushed. Enter Kenzie Fair, his best friend’s smart little sister.

Mackenzie (Kenzie) Fair has the best friend in the world, an enviable collection of books, and the highest grades in the junior class. But there’s one thing she doesn’t have—Gavin Mitchell—the guy she’s crushed on for forever. The guy she acts like a total spaz around. The guy who also happens to be her brother’s best friend.

When the two are forced to spend time together studying Shakespeare, it’s only a matter of time before Gavin sees Kenzie as more than his best friend’s little sister.

The problem is, she still is. Is it worth risking his lifelong friendship for the chance to date Kenzie?

This is Book 1 in the Never Ever Love series. All books in the series are sweet and swoon-worthy novellas that can be read in any order.